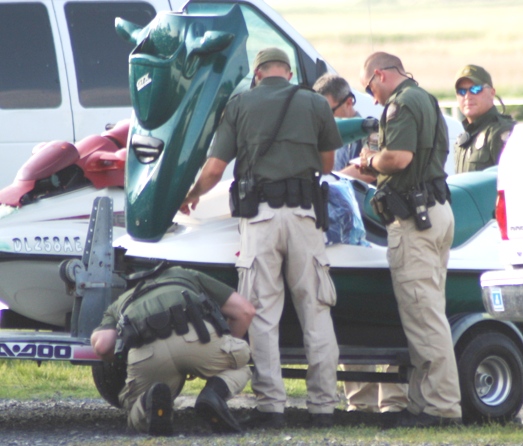 Sgt. Gregory Rhodes, DNREC spokesman, says a woman was killed after her personal watercraft collided with another on the Rehoboth Bay.

The incident was reported to authorities around 4:45 p.m. Three people involved had been on the bay with Sea Doo personal watercraft, which are similar to Jet-Skis.

One source says a 31-year-old woman suffered serious head injuries with extensive blood loss and a broken neck during the accident.

A pontoon boat was used to take her to the end of Bay Shore Lane in the Rehoboth Shores trailer park. That is where a county paramedic pronounced her dead.

DNREC marine police and state troopers examined the watercraft at the dock before hauling away the Sea Doos for further investigation.

Sgt. Rhodes says the victim’s name and more details will be released once the next of kin has been notified. He added that two people were killed in Delaware during 2010 in boating accidents. 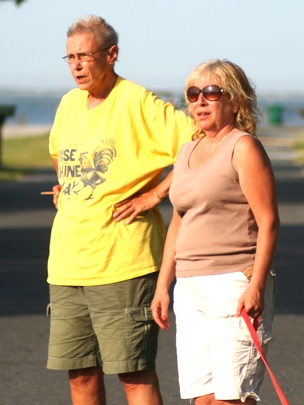 A man fell from the third-floor of the Sea Esta I motel in Dewey Beach Sunday evening and suffered serious facial injuries. 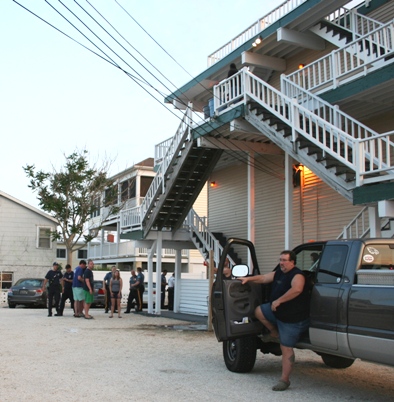 The accident happened around 7:40 p.m. at the motel on Houston Street. Sgt. Clifford Dempsey, Dewey Beach police spokesman, says the man was talking on a cell phone while leaning against the railing -- pictured below -- when a section of it suddenly gave way. 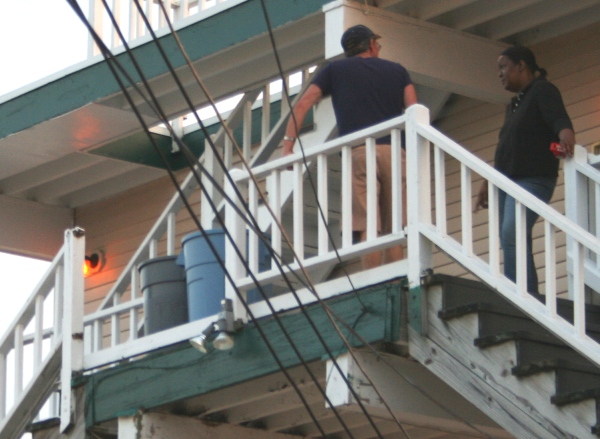 The approximately 25-year-old man fell from the third story landing on a concrete surface.

Despite suffering serious injuries, he was still conscious when he was taken by ambulance to the Rehoboth Elementary School. That is where a state police helicopter flew him to Christiana Hospital.

George Metz, motel manager, says he is still "shell shocked," noting that nothing like this has ever happened in the motel's 50-year history. He says the insurance adjuster was investigating and he could not speculate about what happened with the railing. He did say the man comes from Pennsylvania. 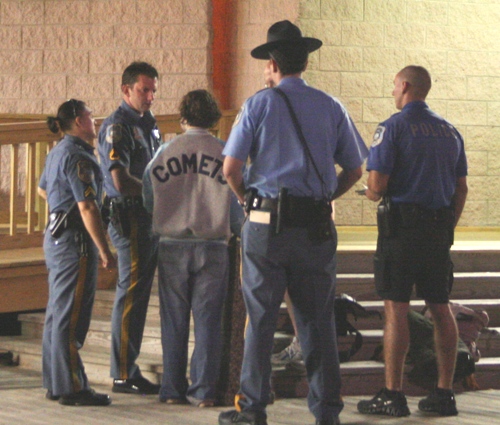 It took Rehoboth Beach police less than six minutes to locate this woman who was reportedly bottom-less on the boardwalk. A seasonal officer called the report in at 9:07 p.m. Friday near the Candy Kitchen.

"[We] have a woman out here," he radioed. "Um, she's bottom-less," the officer added. She was last seen walking south on the boardwalk.

Police broadcast a lookout for her, a strawberry blonde with a blue and gray Comets jacket and blue jeans. No mention was made how she went from bottom-less to wearing blue jeans.

Police stopped her at the public restrooms on Delaware Avenue. They interviewed her and an accompanying man. After a routine computer check, they were freed.

Police quickly identified a suspect in the robbery and assault of the 30-year-old Millsboro female merchant at the Advance Easy Money EMG store. The robbery was reported Thursday morning at the shop which is opposite the Kmart on Coastal Highway outside Rehoboth.

Police later said that the female victim who reported the robbery was part of the conspiracy to steal money from the business. 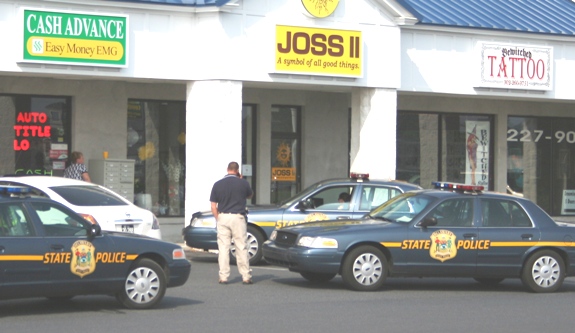 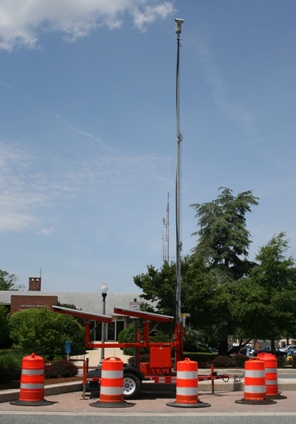 The camera trailer near the main Rehoboth Beach fire station is used to observe the two intersections of Rehoboth Avenue and 1st and 2nd streets.

"We recently made some timing adjustments on both of these traffic signals and need to monitor the operation," says Michael Williams, DelDOT spokesman.

He says it is not displayed to the public via the DelDOT Website. It is only viewable to the operations room staff at the DelDOT Traffic Management Center.

As noted in past summers, synchronizing the timing of the traffic signals on Rehoboth Avenue as well as those on Coastal Highway is no easy job.

As an approaching storm threatened to arrive in Rehoboth Beach around 3:30 p.m. Saturday, a mass exodus began. Westbound Rehoboth Avenue crawled from the bandstand to Coastal Highway. 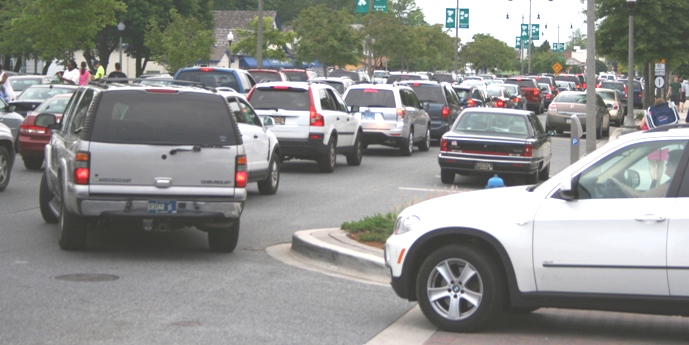 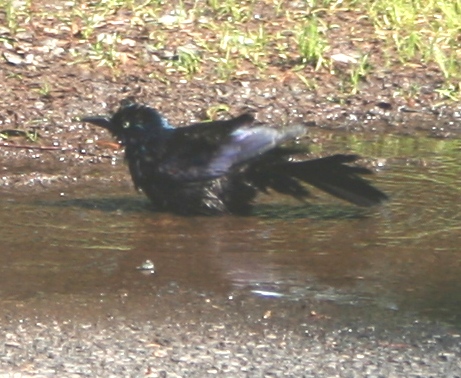 This is the 1st weekend update for the 2011 season and the first year the e-mail list is managed using mailchimp.com.

Please let me know if you do not receive the e-mails (contact info at bottom).

Thank you for your continued support. Kindly keep the e-mails, photos, articles, tips, announcements and news releases coming. Have a great summer!

WOMAN INJURED BY FLYING UMBRELLA--- A 63-year-old woman was injured after she was struck by an umbrella Saturday afternoon. It happened in the pool area of the Bay Forest Club in Ocean View just before 2 p.m. She was taken by ambulance for treatment after the umbrella struck her in the side of her jaw and neck when it blew from its stand. She said she briefly suffered tingling in her fingers.

MAN REPORTEDLY PUNCHED, ROBBED IN REHOBOTH BEACH--- A man summoned police assistance around 11:25 p.m. Sunday after he said he was punched in the face and robbed. He was on Queen Street and said the suspects were three or four men wearing red clothing. They fled north on King Charles Avenue. No weapons were reported.

REHOBOTH BEACH POLICE INVESTIGATE CAR BREAK-INS--- An SUV was discovered broken into Wednesday morning in the first block of Sussex Street. On Friday and Saturday, items were discovered missing from vehicles in the 300 block of Stockley Street. GPS, radar detector and wallet were among the items reportedly missing.

BURGLARY REPORTED AT REHOBOTH BEACH SHOP--- A merchant reported that his shop had been burglarized between Saturday night and Sunday morning. The store is in the first block of Rehoboth Avenue. Cash and clothing were reportedly missing. He said the suspect gained entry through a rear door.

FALL INJURIES AND PREVENTING THEM--- Almost every day this past weekend, Rehoboth Beach EMS crews have responded to falls, many involving senior citizens. Various aspects of the incidents were similar. Around 9 p.m. Thursday, a 74-year-old woman tripped walking up the curb at Jake's Seafood on Baltimore Avenue. She suffered a deep cut to her lip when she struck the sidewalk with her face. A 71-year-old man was coming out the entrance of Happy Harry's on Coastal Highway around 11:40 a.m. Friday when he tripped, fell and cut his nose. Another fall was reported on South Drive in West Bay Park on Saturday around 8:15 p.m. A 74-year-old woman fell on her forehead and injured her elbow walking into a building on Dickinson Avenue near Que Pasa around 9 a.m. Sunday. Here is some analysis on falls and tips on preventing them. Also see the CDC Webpage.

OC CRASH WITH MEDEVAC--- Ocean City rescuers responded to several accidents this weekend. The only incident in town that required a medevac was for an accident on 40th Street near the convention center around 11 p.m. Saturday. The injured was reported to be a 25-year-old woman who was flown to a trauma center.

EARLY MORNING FIRE ALARMS--- Ocean City only had two this holiday weekend. The first was around 2:10 a.m. Saturday at the Stowaway Grand Hotel on 21st Street. Firefighters determined the alarm was caused by a malicious activation of a fire alarm pull station on the first floor of the parking garage. Around 2:45 a.m. Monday, firefighters responded to Pier 17 Condo on 17th Street. They searched the six-story complex but found no signs of fire.

WEEKEND WATER SEARCHES OFF DEWEY BEACH--- A search began around 5 p.m. Friday for a person or persons possibly in distress in the ocean off Dickinson Avenue after Rehoboth received a couple 9-1-1 calls. Dewey lifeguards were already on the incident when they were joined by firefighters and the state police helicopter. Two people in the water gave the helicopter "thumbs up" as it past, but nobody was found in distress. On Sunday, searchers returned, but this time to the Rehoboth Bay between Dewey and West Bay Park around 1:30 p.m. An overturned catamaran was discovered in the bay partially submerged. After several minutes of checking, they concluded nobody was missing.

WEEKEND REHOBOTH NOISE COMPLAINTS--- Rehoboth Beach police responded to 13 noise or disorderly dwelling complaints between Friday and Monday. A couple of the complaints involved hotel guests, but the majority came from residential neighborhoods. Aqua Grill on Baltimore Avenue was the only business to receive a noise complaint this weekend. That complaint was made around 12:15 a.m. Sunday.

BURNING SWAMP SMELL RETURNS--- Ocean City firefighters smelled the odor as they left their firehouse on 74th Street headed to 126th Street to investigate an odor of smoke. They received the call around 4:45 a.m. Saturday. It was described as a "strong odor of smoke outside" and smelled like burning brush. Firefighters could not locate the source after extensive searching. Their dispatcher, meanwhile, checked with other agencies, and eventually said he spoke with an Accomack County, Virginia dispatcher who said the Dismal Swamp has been burning for several days as it did last year. He concluded that the wind and fog contributed to the smoke reaching Ocean City.

POLICE NAB UNDERAGE DRINKERS AT SEACRETS--- Ocean City police caught a total of 13 underage customers at Seacrets on Friday, Saturday and Sunday. They were all cited for possession of a fake ID to purchase alcohol. Nine of them were 20 years old. One was 18, and the remaining three were 19.

POLICE NAB NUDE MEN ON BEACH--- A Rehoboth Beach police officer on patrol around 1:15 a.m. Saturday noticed three nude men on the beach. The men fled toward the boardwalk as he approached and police gave chase. They caught up with the men near the north boards Grotto Pizza.

TAXI, THE LOCKSMITH, TO THE RESCUE, AGAIN--- Rehoboth Beach police received a call early Sunday afternoon from a distraught mother who locked her infant and keys in her VW in the parking lot south of the Henlopen Hotel. Veteran locksmith, known as "Taxi" from Atlantic Lockouts, was just a few blocks away when he received a call from police. He arrived with police in less than 10 minutes. It took him only seconds to open the car's door. Taxi says he likes to stay in town on busy days in case something like this happens. Rehoboth Beach police Sgt. Scott O'Bier said Taxi deserves all the credit... he got the baby out and did not even charge. Taxi says this was the third child he has rescued so far this year.

Thanks to erosion, beach-goers might feel squeezed this year

Seasonal police officers: 'They're our eyes and ears'

Court rules against use of 'Lingo's Market' name