The majority of fish appeared to come to shore between Herring Point in the Cape Henlopen State Park and the Deauville area of north Rehoboth Beach. 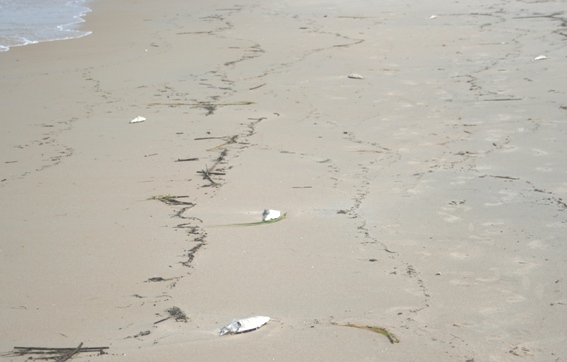 Fishing expert Capt. Monty Hawkins was among those to identify the fish as Menhaden. He says they are "quite susceptible to die-offs in small harbors or lagoons -- but not open bay or ocean." Read Capt. Hawkins' regular fishing reports on his blog or send him an e-mail to join his list (mhawkins@siteone.net).

Commercial fishing companies harvest Menhaden in vast numbers from the ocean and Chesapeake Bay. Menhaden are an important fish in commerce as well as the food chain and health of the bay.

This man, below, said his wife had noticed the dead fish odor around 2 p.m. just as the fish started to wash up in the surf in the Deauville area in Rehoboth Beach. 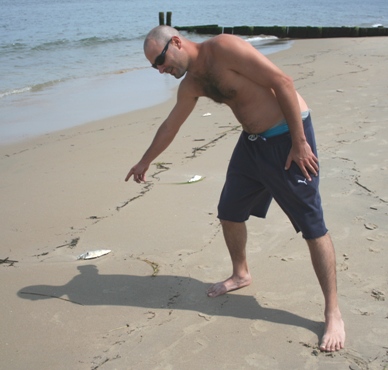 By 3 p.m., 63 dead fish arrived on the beach between the northern most jetty in Rehoboth Beach and the North Shores jetty.

The fish appeared to be decomposing. Most lacked complete tails and heads, which caused speculation that they were a fishing catch that was jettison or perhaps lost by a fishing boat.

Sgt. Gregory Rhodes, DNREC spokesman, said Sunday that Menhaden are caught in great numbers and are often processed onboard ships. The level of decomposition suggests that the fish had been dead for several days and could have originated miles from the beaches where they eventually landed. If they were indeed caught off the coast, Sgt. Rhodes said they are uncertain why or how the catch ended up in the ocean.

Seagulls did not seem interested in the fish. Almost all appeared to be the same fish, presumably Menhaden, pictured below.

Of the 63 fish, three appeared like the one pictured below. Capt. Hawkins says it looks like a Stargazer. They could have been captured with the Menhaden. 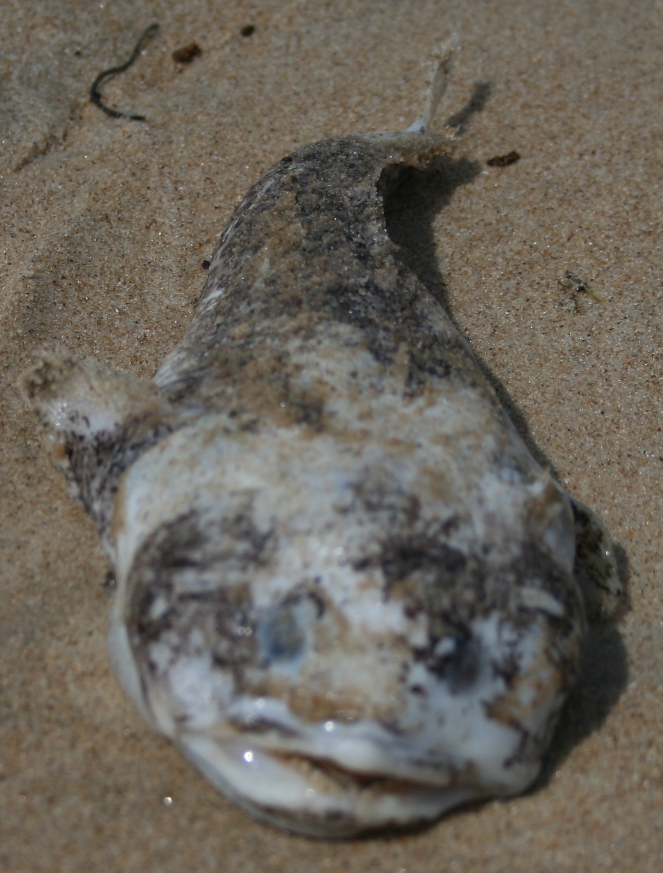 Around 4 p.m. Saturday, the Rehoboth Beach public works put crews on the beach along with the beach sweeper to recover the remains.

Here is Sunday's News Journal article on the incident.

There is a new city official on patrol in Rehoboth Beach during the late-night hours. He is not a police officer or a member of the public works or water department.

Initially the city manager has tasked him to concentrate his efforts on flags hanging too low, sandwich board signs and obstructions on public sidewalks, such as podiums, clothing, merchandise, etc. as well as banner signs and noise issues.

Commissioner Stan Mills says in the city's last budget, commissioners included monies to hire a code enforcement officer with the expectation that he/she would assist the Building & Licensing Department in code enforcement and assist police addressing noise issues. This person would work hours when the B&L Department is closed -- late at night and on weekends.

Bobby Edmonds, pictured below, was hired for the code enforcement position and he received training by the B&L Department, police and has also been training in noise control alongside members of the Rehoboth Beach Police Department. Generally his work schedule is 6 p.m. to 2 a.m. 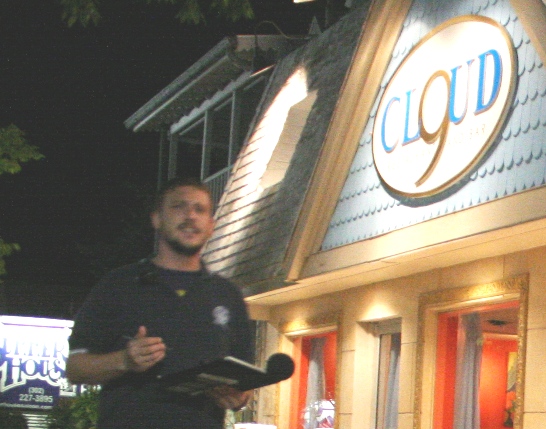 Commissioner Mills says Edmonds commenced his new position by walking around town with Building Supervisor Terri Sullivan and her assistant, Steve Kordek, to introduce himself to as many business owners as possible.

Police summoned his assistance around 12:15 a.m. Saturday when the city received a complaint about noise from Cloud 9. 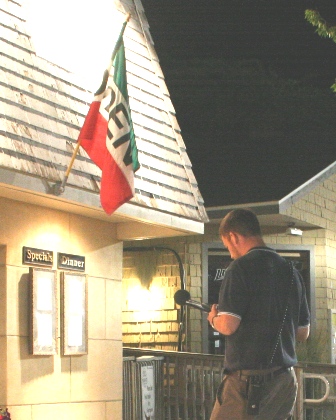 With a police radio on his hip, and a sound meter in his hands along with a clipboard, Edmonds stands in front of Cloud 9 taking note of the sound levels before going to speak with restaurant management.

Patio rule against serving food, drink to outside diners at night, lifted 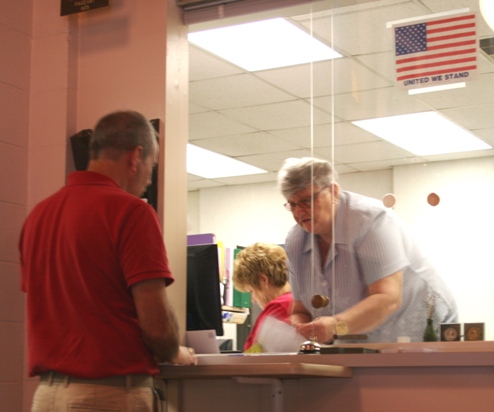 Kirchhoff joins Mark Hunker, owner of Eden Restaurant, to challenge incumbents Dennis Barbour and Lorraine Zellers for their two commissioner seats. All petitions still have to be approved by the city.

Mayor Samuel Cooper, who has served the city as mayor for seven terms, has filed to run an eighth time. He has faced mayoral challengers four times and won every time. Now he faces Tom McGlone who owns Heirloom Wealth Advisors, an investment planning firm with offices in Lewes and outside Baltimore. 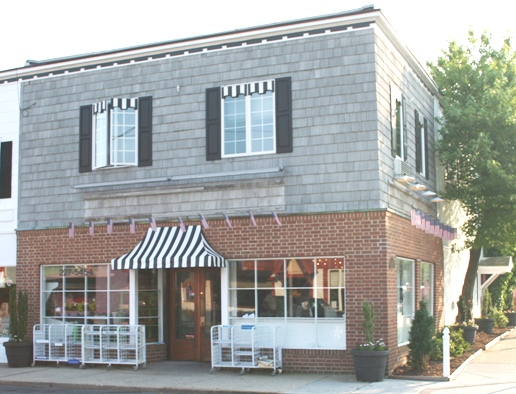 See this News Journal article for info: Market's name a victim of feud

TAXI, THE LOCKSMITH, RESCUES 4TH KID LOCKED IN CAR THIS YEAR -- FOR FREE! 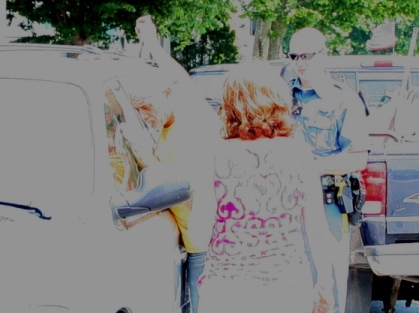 (12:45 p.m. Tuesday in front of Starbucks in Rehoboth Beach) 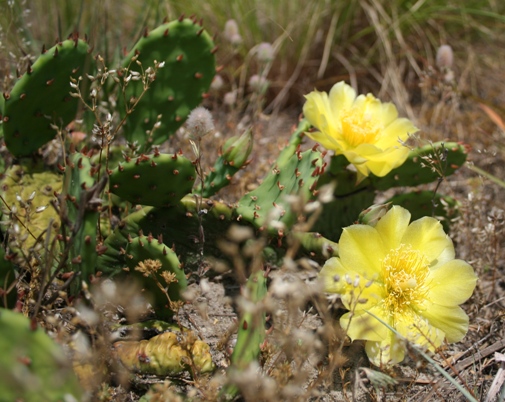 This is the cacti commonly found in the Deauville area of Rehoboth Beach. Cacti gurus on the Cacti and Succulents Yahoo Group say it is an Opuntia humifusa (Opuntia compressa) which is also known as the eastern prickly pear. They are currently in bloom! 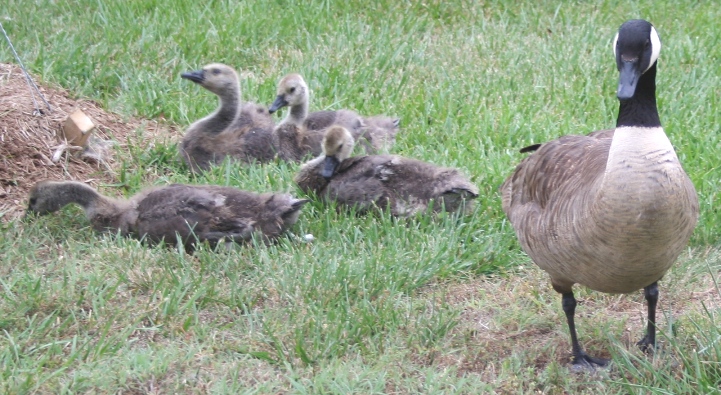 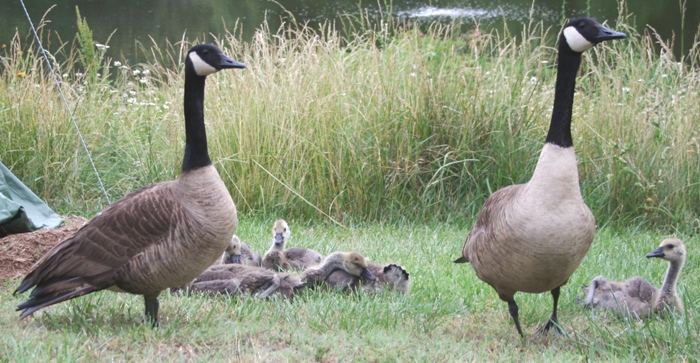 OCEAN CITY POLICE ARREST 30+ FOR "MARIHUANA" POSSESSION--- Ocean City police officers made 34 arrests this weekend for "possession of marihuana." On Sunday, officers made the most arrests, a total of 17. Ages of those arrested are between 15 and 24. Most of the arrests were in downtown Ocean City. Thirteen arrests were made on Saturday and four on Friday.

GIRL INJURED IN CRASH, FLOWN TO THE HOSPITAL--- A 10-year-old girl was injured and flown to Beebe Hospital after a two-vehicle head-on crash on John J. Williams Highway near Hollyville Road outside Millsboro. It happened around 9:30 p.m. Friday. She was in the rear seat and suffered back pain, and a possible broken femur.

LATE-NIGHT O.C. FIRE ALARMS--- Ocean City firefighters were called twice this weekend to the Taylor House, a large beach house on 10th Street. The first time was around 1 a.m. Saturday when somebody reported a fire alarm. An alert on the alarm panel had activated and was reset by firefighters. They returned around 12:30 a.m. the following day for an activated alarm. There was no fire this time either.

Also around 1 a.m. Saturday, firefighters responded to the Park Place Hotel on 2nd Street. The alarm had sounded in the six-story hotel. They suspected it was activated by somebody smoking in or near the elevator.

WOMAN BURNED AFTER ELECTRICAL MISHAP--- A Rehoboth Beach ambulance crew took a 62-year-old woman to Beebe Hospital after she reportedly burned her hands plugging in an electrical cord. EMS personnel were summoned to her address in Joy Beach near Angola around 11 a.m. Saturday. She suffered 1st- and 2nd-degree burns to both hands. The electrical cord supposedly flashed and caused the burns while she was attempting to plug it in.

WOMAN RUN OVER BY HER OWN VEHICLE IN O.C.--- A 38-year-old woman was reportedly backing out of the driveway and was somehow run over by her vehicle. It happened around 11 p.m. Saturday on Nantucket Road in north Ocean City. She suffered injury to her ankle, pelvis, hip and various bruises but was conscious when flown by a helicopter to a trauma center.

Indian River bridge on track to open in December