Having trouble viewing this report or its photos? Click here: http://henney.com/weekend02/

This was the fourth dead sea turtle the Marine Education, Research and Rehabilitation Institute (MERR) has investigated so far this year in Delaware and the third in the past 20 days. It was reported late Saturday morning on the beach about a half-mile north of Indian River Inlet. On the far left is Gregg Rosner, a MERR rescuer, and one of his colleagues, Rob Rector, on the far right. 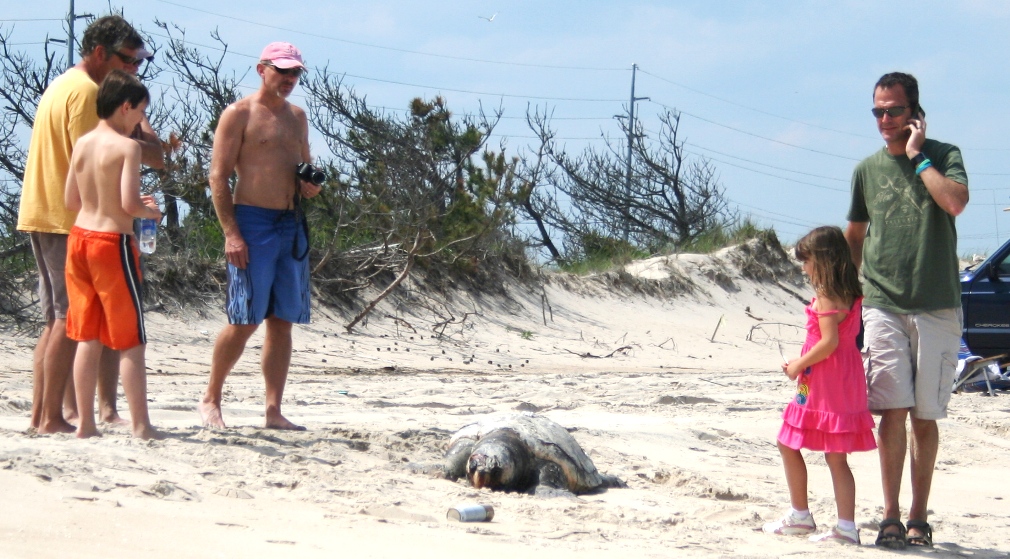 The approximate 200-pound loggerhead was described as a sub-adult about four-feet long and two-feet wide.

Later Saturday, Suzanne Thurman, MERR executive director, said she was still waiting for the field report, but this turtle was badly decomposed. Determining a cause of death may be difficult.

Saturday afternoon this van drove through Dewey Beach, street by street, starting with those on the north. Below the logo on the side it says "DTS/EarthEye Mobile Asset Collection Vehicle." 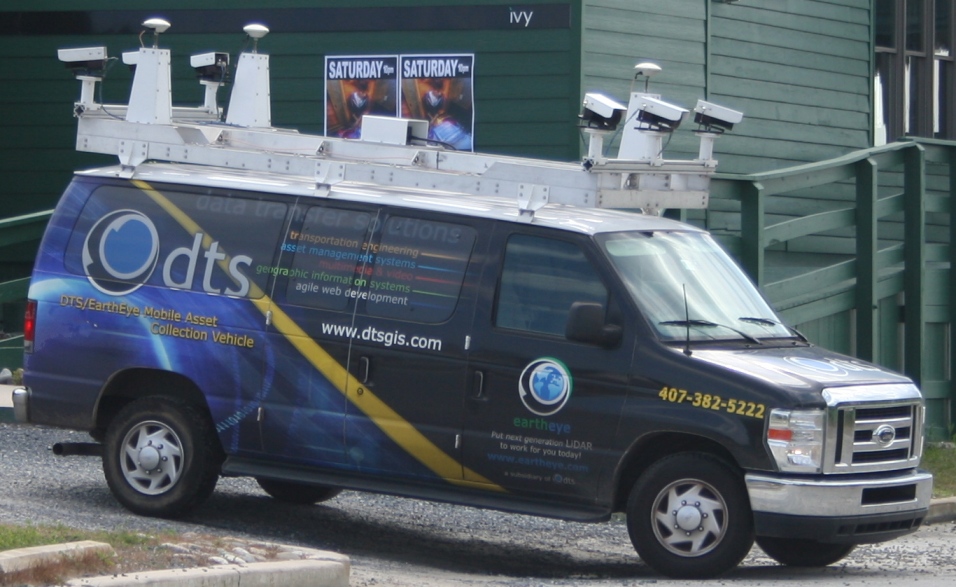 It was equipped with an array of at least a half dozen cameras and what appeared to be GPS receivers.

The van had Florida vanity tags and the Websites dtsgis.com and eartheye.com with the phone number of 407-382-5222 painted on the side. 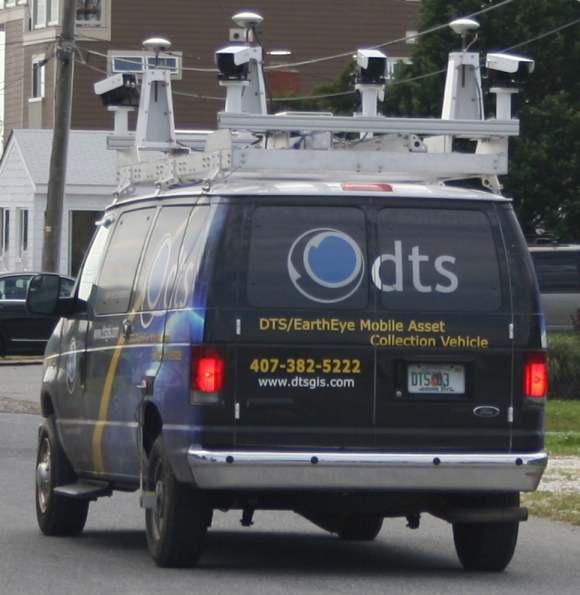 When a dead limb fell across bare high-tension power lines late Friday morning, it brought a response from the police, fire department and, finally, Delmarva Power. It happened just before noon at 5th and Sussex streets where a tree company had been removing dead limbs from a big old oak tree in downtown Rehoboth Beach. The tree crew cleaned up and departed before the power company arrived.

A single utility worker initially used a fiberglass pole but later using just gloves grabbed the limb while it was still smoking and lifted it off the power lines. Once on the ground the limb continued to smolder for several minutes. 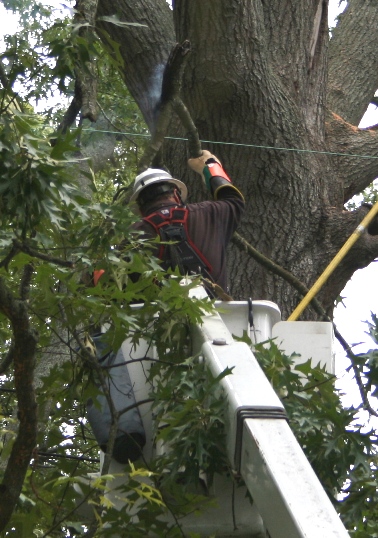 The loud "boom" residents may have heard, he said, was probably the fuse blowing. He replaced that too -- all by himself. Using his long fiberglass pole, he simply removed the old fuse and snapped a replacement into place, and presto, the scattered power outage was no more. 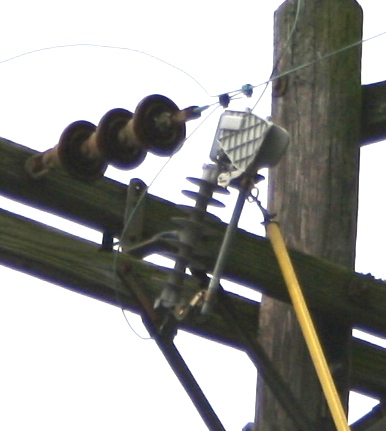 NO SHOWDOWN AT ART LEAGUE, AT LEAST NOT YET

The play "Shakespeare in the Garden: A Midsummer Night's Dream" by the Possum Point Players went as scheduled in the garden behind the Homestead at the Rehoboth Art League on Saturday. It was a perfect evening for such a performance. About 100 people attended.

The Town of Henlopen Acres has been at odds with the Art League and had reportedly warned that such outdoor performances were not permitted. The show went on, and if you missed it, it is scheduled to return on July 7 and August 4. See the RAL Website for more info. 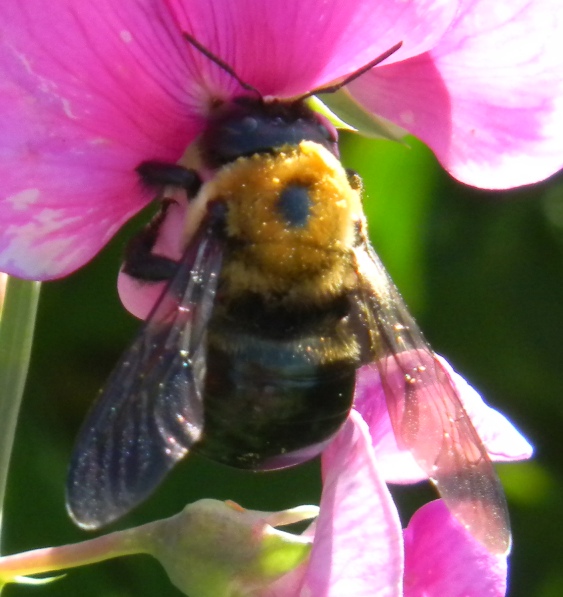 POLICE SHOOT, KILL SICK OPOSSUM--- Rehoboth Beach police received a call about a sick opossum around 4:25 p.m. Thursday in the second block of Olive Avenue. The officer said he fired a shot to euthanize the animal.

GAS FLOWS FREELY AFTER DRIVER PULLS OFF FROM PUMP--- Around 9:10 a.m. Friday a motorist getting gas at the Exxon at 19884 Coastal Highway drove from the gas pump, ripping the hose. Rehoboth Beach firefighters responded to help with the fuel spill.

MAN INJURED IN ASSAULT, FLOWN TO TRAUMA CENTER--- a 38-year-old man was found unconscious bleeding from the left ear after an assault in the area of the Royalton Hotel at 11th Street in Ocean City around 2 p.m. Friday. He was flown by helicopter to a trauma center.

POLICE WARN EUROPEAN PARENT--- Rehoboth Beach police handled a nude bather incident around 4 p.m. Friday. The officer said that "He is European. They do not understand..." you cannot let your children without tops. They were let go with a warning.

WOMAN INJURED IN SLIDING-BOARD ACCIDENT--- A 33-year-old woman suffered a broken left ankle on the sliding board at Grove Park in Rehoboth Beach around 6:25 p.m. Friday. One radio report suggested she got caught coming down the slide and fell. She was taken to Beebe Hospital by ambulance in serious pain.

RESCUERS PULL WOMAN FROM O.C. SURF IN CARDIAC ARREST--- A woman was removed from the surf near 141st Street in cardiac arrest around 6 a.m. Saturday. She had been in the water with friends. On Sunday, WGMD reported that she is on a respirator in critical condition. During the season, the O.C. Beach Patrol is on duty between 10 a.m. and 5:30 p.m.

Plover chicks are hatching at the Point at Cape Henlopen