LINDA BRAVO, GONE WITHOUT A TRACE?

Despite an extensive search this past weekend, officials, friends and volunteers could not turn up any additional clues as to what happened to Linda Lee Bravo, the 70-year-old woman from Bethany Beach who was last seen on Thursday, June 13, at Sea Colony-East. Police say Bravo was last driving this white 2011 Mercedes GLK350 SUV with Delaware tag PC444152.

Police traced her Mercedes to Evergreen Road in South Bethany using video and by pinging her phone. The phone went dead and her SUV just disappeared. Police are asking people with surveillance cameras on Coastal Highway to look for her SUV. Police say there was no phone use or recent activity on her credit cards.

Further developments will be provided on WGMD and WGMD.com.

Police request anyone with information regarding Bravo's whereabouts to contact the Bethany Beach Police Department at 302-539-1000.

A man with an extensive drunk-driving record has been charged for a fiery crash that claimed the life of another motorist around 1:15 a.m. this past Friday at 46th Street in Ocean City.

Police had received a tip that Todd Pivec, 41, from Cockeysville, Md., was reportedly driving a white Lexus LX570 while under the influence. Officers spotted the Lexus in the area of 59th Street and attempted to stop him. According to crash investigators, Pivec did not stop for police and officers lost sight of his Lexus as he sped south on Coastal Highway. 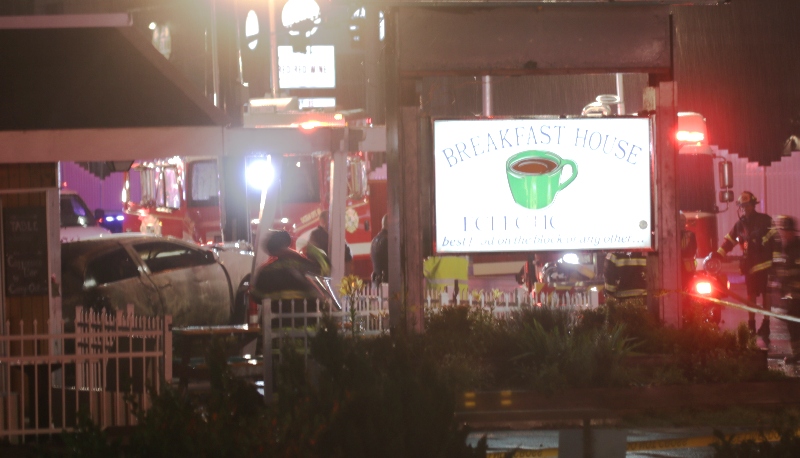 Pivec attempted to flee on foot but he was captured by Ocean City police. 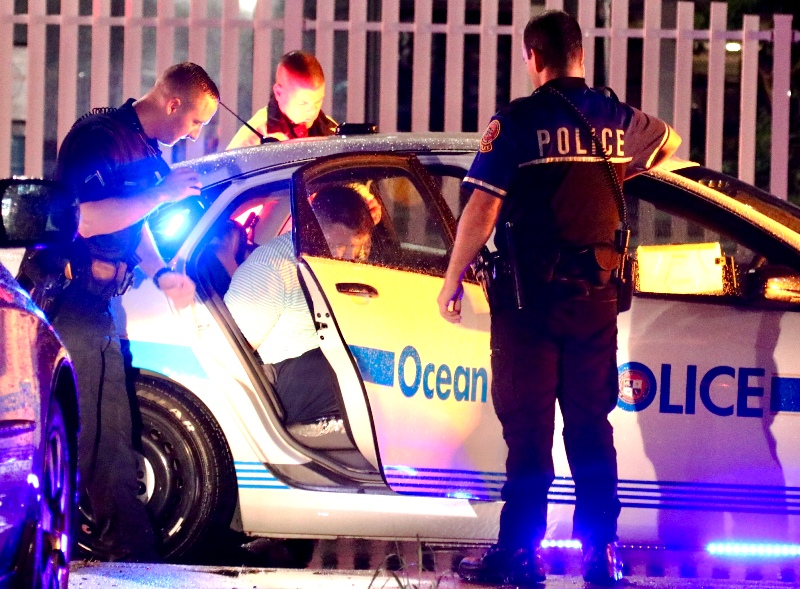 Pivec will be charged with manslaughter, homicide by motor vehicle while intoxicated and several additional traffic-related offenses, police said. The victim's name has not yet been released, pending next-of-kin notification. A social media effort is underway to honor the victim with a vigil.

In at least two different incidents this past week, merchants on the Rehoboth Beach boardwalk reported receiving counterfeit bills. They came in $1, $10 and $50 denominations.

"I have never seen a counterfeit $1 bill and I can't believe someone took the time to make it," said the one long-time merchant who had also gotten the $10 bill last Monday.

"They both felt completely real and had the right feel to them," he pointed out. These are the actual photos.

This past Saturday afternoon, a customer tried to pass a bogus $50 bill at another boardwalk merchant. That bill had red Chinese writing on it and "it was very obvious" but they tried to give it to a foreign student working the cash register.

Welcome to The Starboard! The 23rd Annual Running of the Bull is Saturday, June 29!

A police officer on patrol found this Toyota Corolla with Pennsylvania tags disabled and stuck over the edge of this sidewalk around 11:45 p.m. last Monday near the Rehoboth Avenue traffic circle at Royal Farms.

Lt. William Sullivan, acting police spokesman, says the driver was charged with "no person shall drive any motor vehicle on a sidewalk."

She apparently was trying to drive into the Royal Farms parking lot, he said. This is where the handicapped ramp meets the roadway. 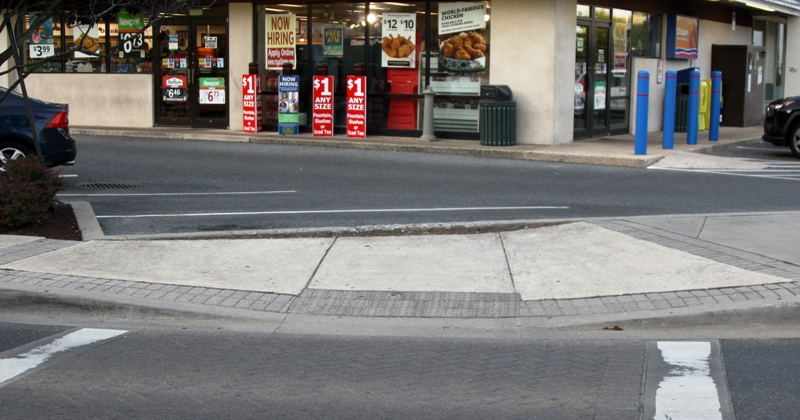 Coastal Towing later came to lift the Toyota from the sidewalk.

Two people received minor injuries after this accident in the second block of Olive Avenue in Rehoboth Beach around 5:15 p.m. Sunday.

A 76-year-old woman, who struck her head on the car window, had complained of dizziness. The occupant of the other vehicle complained of a neck/back injury but declined to take an ambulance to the hospital.

A tow truck was needed to remove the Honda Accord. No word yet from police on any charges.

Last Tuesday afternoon, fishing boat Capt. Kevin Bryan came across this manatee at Sunset Marina in West Ocean City. "I'm a commercial captain and lived and fished out of Ocean City for more than 20 years and never heard or seen a manatee this far north," he said. "The obvious concern is its safety with all the boat traffic around here," he pointed out. 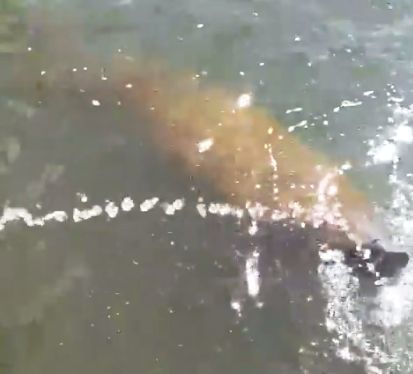 He posted these incredible photos and video on his Facebook. 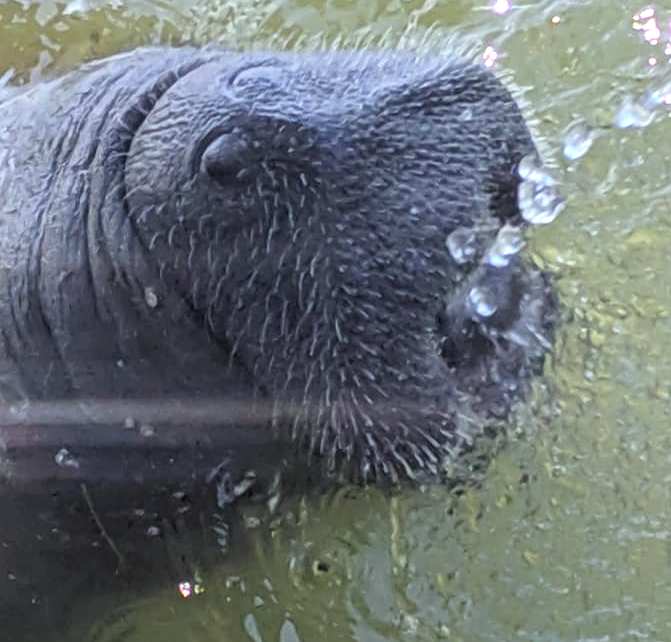 The "Best Shot Africa" exhibition opened this past Saturday at CAMP Rehoboth. It features the work from 41 members of CAMP Rehoboth who traveled as a group on an African safari. They visited Sabi Sands and Victoria Falls in South Africa, and most of them continued to Botswana for a final safari.

"It was a great trip," says Leslie Sinclair. Almost everybody from the trip selected one photo to become part of this exhibition. The photos are hung without any title or photo credit. "We're not so much focused on who the particular photographer was, but just really the collection of photos itself and how it represents our trip," she explained. Here she is with her bird and zebra photo!

All photos were prepared the same way but photographers used everything from large SLRs to small iPhones and everything in the middle to catch these beautiful images, she said. 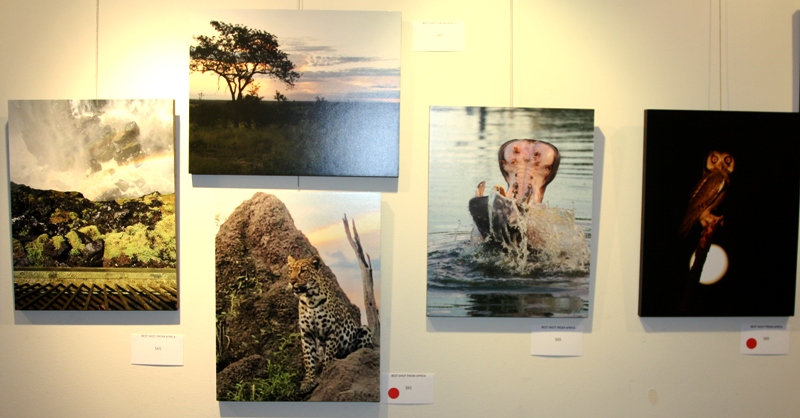 The photos are for sale for $65 each and a portion of the sales will benefit animals they photographed at the Sabi Sand Wildtuin. The exhibition will be on display through July 6.

Grace Boutique held its grand opening this past Thursday evening in the former 600-square-foot space that once housed Robert Thomas Salon.

"We decided to open up a boutique," says Mary Grace Shapiro, the shop's owner. "We had a good conversation with Dinah Lingo," she said, "and we all agreed it was a good spot..."

"Our whole idea is to bring in under-$100 high-quality products with brand names that nobody else in the area has," Shapiro said. This includes exclusive jewelry, handbag, T-shirt and athletic-wear brands. 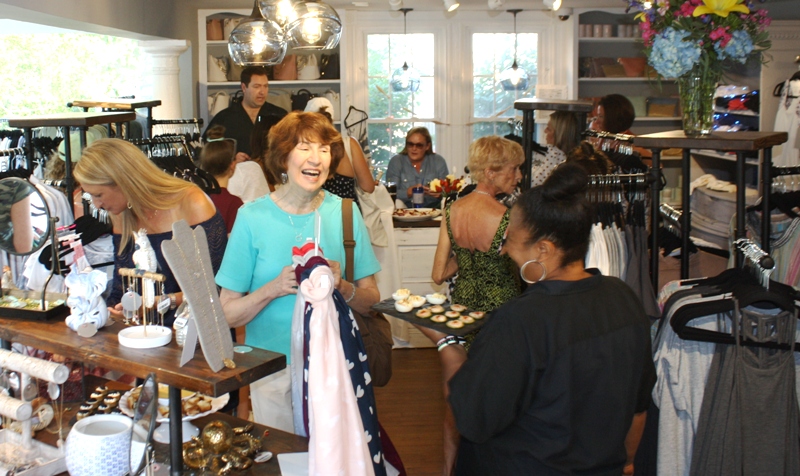 "We are hoping to generate some excitement and bring that to Rehoboth Beach," Shapiro added. The store is at 36 Baltimore Avenue, open daily at 10 a.m. She plans to be closed in January and February but otherwise open year-round. 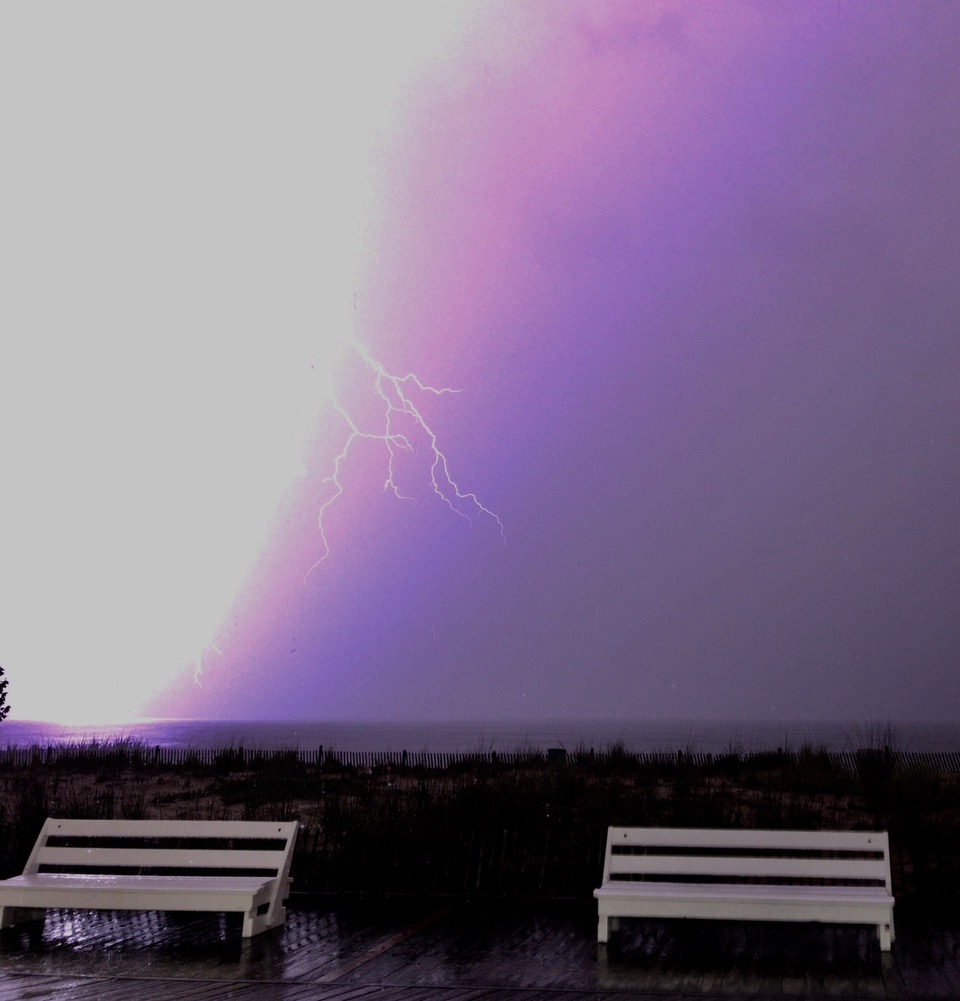 "I use iLightningCam but there are several," he points out. "You just set your phone in the direction of the storm and when a lightning flash happens, it triggers your camera between 30 and 200 frames a second. You then have to look through for the good ones," he added.

NORTH BEACH UPDATE--- Dewey Beach police and Mayor TJ Redefer report no problems this past weekend at North Beach. Police had brought in out-of-town officers to help with staffing. Sgt. Clifford Dempsey, police spokesman, says town officials will meet later this week to determine how long they will continue to up-staff and how it will be funded.

GAS ODOR COMPLAINTS AGAIN IN O.C.--- Between 10 a.m. and 11 a.m. this past Sunday, Ocean City firefighters responded to four outside gas-odor complaints, like propane or natural gas, at 65th, 83rd, 121st and 127th streets, on the ocean side. Both Dewey and Ocean City have had this problem in the past. When this happened in May in Dewey the source was believed to be that of a passing tanker.

MAN INJURED IN OCEAN VIEW ATV CRASH, FLOWN TO TRAUMA CENTER--- An approximately 40-year-old male ATV rider struck an obstruction and possibly rode the ATV into the corner of a house. It was reported around 8:25 p.m. this past Saturday on Longview Drive in Ocean View. He was flown to a trauma center with a serious injury to his forehead. He was still conscious.

EARLY MORNING O.C. HOTEL FIRE ALARMS--- Ocean City firefighters responded to two early morning fire alarms at hotels. Around 2:35 a.m. last Monday, fire was seen coming from the exterior gutter of the Plim Plaza Hotel. There was light smoke reported inside the fifth floor. To make matters worse, the fire alarm did not sound when a firefighter pulled the alarm.

The following morning, firefighters were called to the Castle in the Sand Hotel after the alarm sounded around 4 a.m. A sprinkler is credited for extinguishing that fire which erupted in the restaurant. Investigators determined that the fire was related to spontaneous ignition of laundered, cooking oil-soaked cleaning rags. More info is on the O.C. website.

BOY WITH FISHHOOK IMPALED IN FACE TAKEN TO HOSPITAL--- A five-year-old boy was taken to the hospital around 2:20 p.m. Sunday after a fishhook was impaled on his face below his eye. It happened on South Inlet Drive in the Delaware Seashore State Park. His eye was not injured and he was otherwise ok.

BYSTANDERS HELP RESUSCITATE JOGGER WHO COLLAPSED ON REHOBOTH BOARDWALK--- An approximately 70-year-old man collapsed in cardiac arrest while jogging on the boardwalk near Baltimore Avenue around 6 a.m. this past Sunday. Bystanders started CPR, and as soon as EMS arrived, they were able to regain a pulse. He was taken to the hospital and was last reported in critical condition.

'Sand up for Safety' focuses on beach umbrellas

Auditing the auditors: McGuiness gets recommendations to improve office

Milton teen charged in head-on crash (10 p.m. this past Saturday)

Lewes takes on sandwich board signs

Lewes urging cyclists to be courteous on trails

Dress up building exteriors for July 4 and win cash in Rehoboth Beach!

D.C. businessman takes D.C. kids to Dewey, offering them a vacation he never had as a child

Whale was spotted off the coast of Ocean City

Berlin could learn from Rehoboth Beach's past

This report is being emailed to 2,333 recipients. Thanks for your support!