State police say a 67-year-old Maryland man had been fishing north of Fenwick Island when his gear became entangled with a hodgepodge of debris that included a palm-size quantity of hair (unknown if human), Fossil sunglasses, shark tooth necklace and hair bands.

The man turned the items over to park rangers, state troopers and the Coast Guard around 10 a.m. Saturday at the Indian River Coast Guard Station.

A state police news release says that troopers have taken possession of the items, and the hair will be sent to the medical examiner for examination.

The news release describes the hair as having a decaying odor with varying quantities of snails, small crabs and other sea life entangled throughout. The medical examiner will attempt to determine the species and gender.

A passing storm brought more than two inches of badly needed rain Friday evening in less than an hour. Officials struggled with clogged storm grates and flooded streets all along the coast.

The Rehoboth Beach boardwalk DEOS site recorded a total of 2.6 inches of rain Friday, all of which fell between 7 p.m. and midnight.

Lake Avenue could have used a "NO WAKE" sign around 9 p.m. The rear of Hotel Rehoboth was under inches of water. An SUV was left parked on the roadway in an effort to distant passing motorists from the hotel. 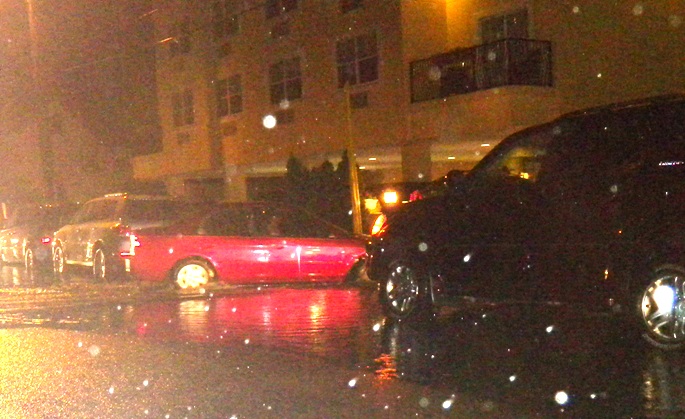 For the second time this summer, a Dewey Beach visitor has been seriously injured in a fall.

A woman, approximately 20 years old, fell from the third-floor balcony of a townhouse at 11 Clayton Street (ocean side) around 2:45 a.m. Tuesday.

She was unconscious with serious injuries to her pelvis and wrist. Medevac helicopters were grounded because of weather, so she was taken by ambulance to Beebe Hospital.

During Memorial Day Weekend, a man fell from the third floor of the Sea Esta I motel which is a block north of this location.

The Starboard was packed way before its famous annual "Running of the Bulls" event Saturday. This was the 15th year for the event. 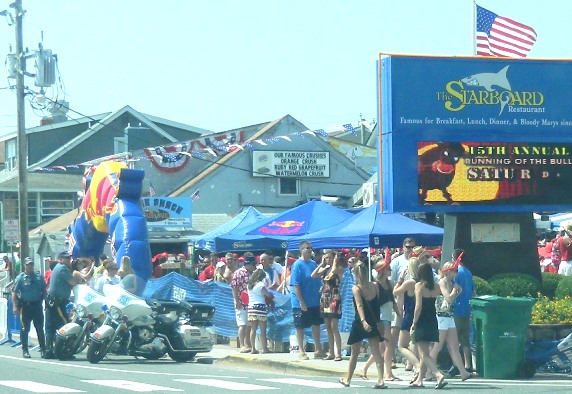 Sgt. Clifford Dempsey, Dewey Beach police spokesman, says he heard the event went without incident and the crowd crossed Coastal Highway in a record time of less than five minutes.

See this News Journal article for a description of the event.

Things got testy Sunday morning when a parking enforcer spotted this blue Chrysler Sebring Touring which reportedly owed the City of Rehoboth Beach $475 in unpaid fines. He found it around 10:50 a.m. parked across from the Rehoboth Beach Bandstand. 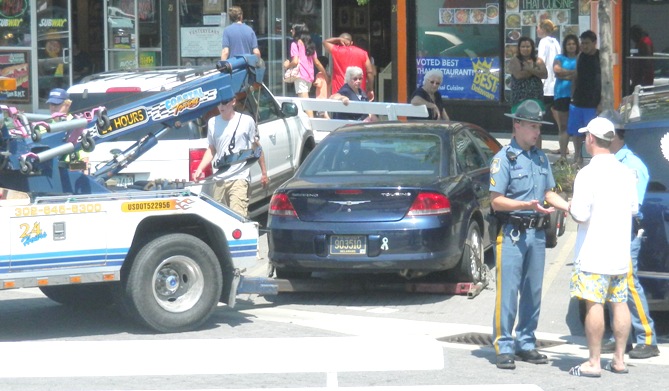 Minutes after the discovery, a woman came from one of the shops in the first block of Rehoboth Avenue. One bystander said it appeared she works there.

Around 11 a.m. she was told she had 20 minutes to get to the parking office with cash! The woman was not happy, and the parking meter department called for police assistance, which they are often reluctant to do.

The woman attempted to broker a deal via the parking enforcer and the office. She was told the threshold for towing was $200, so she wanted to simply pay $276 or so to get her balance below $200 to keep from getting towed.

But she was told that her balance "can't be like $199 because the other tickets are going to increase shortly," the parking office radioed back. She was warned that the recent tickets will still "increase if she does not pay them and that puts her right back on the tow list!"

By 11:17 a.m., the woman stopped negotiating and the ticket writer told the office to "go ahead and call a tow truck." The car was removed by Coastal Towing.

Ticket writers caught at least two other wanted vehicles this weekend. On Friday they nabbed a Ford Escape and a Volvo. 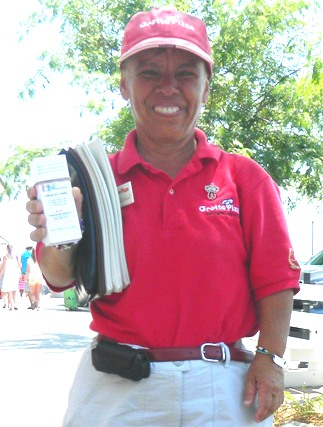 Cheryl Blackman is pounding the Rehoboth Beach pavement and boards selling raffle tickets for KINfolk. For more than 10 years, the organization has been lending laptop computers and Internet access to children whose lives have been disrupted by disease and injury. KINfolk has a wine tasting and art auction scheduled for July 20 in Millsboro. Blackman works at the Grotto Pizza on Rehoboth Avenue. 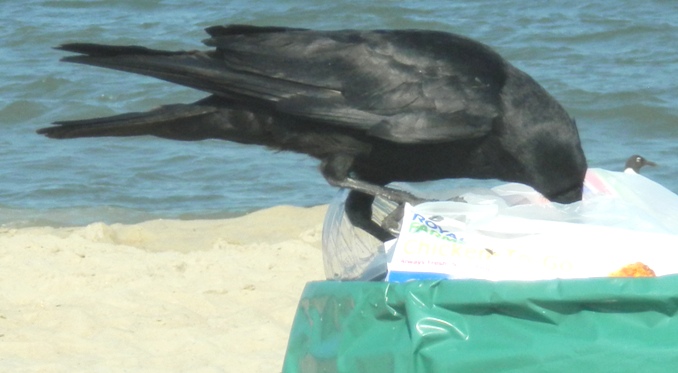 MAN DIES IN JET-SKI INCIDENT--- A 63-year-old man died Sunday after he had been riding a Jet-Ski on the Rehoboth Bay in the area of Love Creek and Arnell Creek.

Sgt. Gregory Rhodes, DNREC spokesman, says it appears he suffered a cardiac event with no traumatic injuries. The man reportedly fell into the water while riding his Jet-Ski. Witness reports suggest that he attempted to climb back on the Jet-Ski, and that is when they suspect he went into cardiac arrest just before 3:15 p.m.

Bystanders took the man to a boat ramp near Mulberry Knoll Road and East Lane. That is where paramedics and an ambulance took him to Beebe Hospital where he was pronounced dead.

Sgt. Rhodes said his death may be counted as a boating fatality. DNREC will make the determination. He expects a news release with more details later Monday.

OTHER WEEKEND WATER INCIDENTS--- A 22-foot white cruiser was reported sinking with seven persons on board in the area of Roosevelt Inlet around 5:10 p.m. Friday. Several agencies responded, and eventually determined that the vessel had safely docked in Oak Orchard, which oddly, is 14 miles south of Roosevelt Inlet.

Late Friday, just before 11 p.m., a man and three kids were reported missing after a Jet-Ski trip from Love Creek to the Rehoboth Bay or Indian River Bay. It was a massive search which brought fire boats from all over eastern Sussex County, the Coast Guard, state troopers and DNREC.

A Coast Guard helicopter from Atlantic City joined the search around 1 a.m. and spotted the four in less than 30 minutes. They were on the Rehoboth Bay near the mouth of the Lewes & Rehoboth Canal. The Jet-Ski supposedly experienced a mechanical problem and drifted to Thompson Island. For more info, see the WGMD Website.

SWIMMER MEDEVAC'ED IN O.C.--- The only medevac in Ocean City this weekend was for a surf injury reported around 2:40 p.m. Sunday on 20th Street. A state police helicopter flew the patient from Jolly Rogers to a trauma center.

FEMALE PEDESTRIAN CRITICALLY STRUCK IN FENWICK--- A woman was struck by a vehicle around 5 p.m. Saturday on Coastal Highway near King Street in Fenwick Island. She suffered critical injuries and was flown to Christiana Hospital. The roadway was shut down to allow the helicopter to land. Police said the striking vehicle had fled the scene, but they located it minutes later. No word yet from police what charges the driver faces.

MAN GETS TASED AT RUSTY RUDDER--- Around 1 a.m. closing time Sunday, a man was Tased while the famous Dewey landmark was closing. "It's getting a little wild," Sgt. Clifford Dempsey reported over the radio while requesting some additional assistance. "Our goal is to keep traffic moving." The man was placed under arrest. Police mentioned charges of resisting arrest and disorderly conduct. They took him to the police station and made a routine call for an ambulance to check his vital signs. He did not go to the hospital.

SERIOUS ANGOLA ACCIDENTS ON FRIDAY--- A vehicle reportedly left the roadway, struck a tree and caught fire around 1:35 a.m. on Camp Arrowhead Road on the "S" curves a couple miles from John J. Williams Highway. The fire was in the engine compartment and at least one of the two occupants was trapped. Both suffered smoke injuries or burns, but not reported to be life threatening. Friday evening, state police charged a woman with DUI after another Angola crash. Check the WGMD Website for more.

SHOPLIFTERS OR ROBBERS?--- Two female shoplifters were caught stealing merchandise from a shop in the first block of Rehoboth Avenue around 3:35 p.m. Saturday. As they fled, they reportedly assaulted a store employee, which could possibly qualify as a robbery. The suspects are described as two black girls, late teens, wearing black tank tops and gray shorts and a denim bag.

EARLY MORNING O.C. FIRE ALARMS--- Only two this weekend, and both happened on Friday. The first alarm was at the Marylander Condo Hotel around 1:10 a.m. on 127th Street. The alarm had been activated but there was no fire. The second alarm was at the Howard Johnson Oceanfront Plaza on 11th Street around 6:20 a.m. A first-floor smoke detector had activated the hotel's audible alarm, but firefighters could not determine the cause.

RANGERS SAY "NO" TO FLYING HATCHET GAME, EVEN FOR VETS--- DNREC park rangers in the Delaware Seashore State Park had a problem Saturday around 3 p.m. A man had been playing a game, throwing hatchets, sort of like horseshoes, north of 3'rs beach. A ranger had spoken with the man, who claimed to be a Vietnam vet, and said he could handle the game. The man demanded to see the statute that prohibited throwing hatchets on the beach. He was told it was unsafe and absolutely could not do that in the state park. When he became difficult, several park rangers came to tell him to stop.

ART THIEF HEADED TO REHOBOTH?--- Police broadcast a lookout Saturday morning for a 49-year-old man who had been driving either a white van or a silver Infiniti. He was supposedly in possession of a stolen painting titled "Atlantis Dolphin" and could be in the Rehoboth Beach area. The theft happened in Maryland.

Oil from WWII shipwrecks could threaten US coast