Experts from the MERR Institute spent Independence Day morning studying the decomposed remains of a sea turtle that came to shore the previous evening in Dewey Beach at Read Avenue. 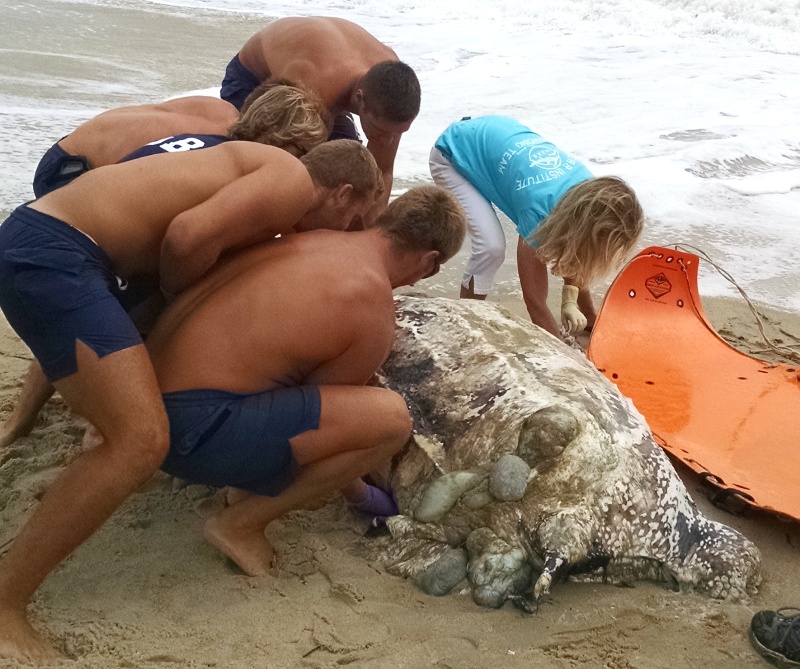 The turtle had suffered what appears to have been a propeller strike, but Thurman noted that it was not possible to determine if this happened before or after it had died.

Her team did collect data and samples for further analysis.

We "normally need heavy equipment to bury an animal of that size," she noted, "but we were informed that Dewey could not provide that so MERR volunteers and Dewey lifeguards moved and buried her. The guards were great and the Dewey police assisted and were also super helpful. It was a valiant team effort to get her off the beach for the health and safety of the holiday crowds [and a] great education opportunity for the many curious onlookers." 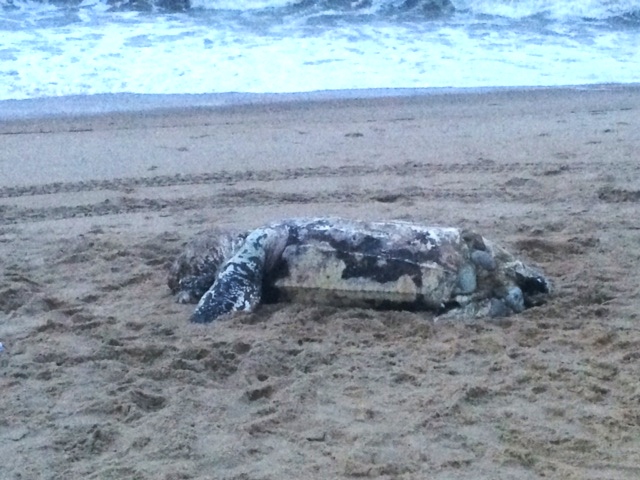 The fawn rescued by a Dewey Beach police officer, reported earlier this week by Laura Ritter of the Cape Gazette, is now with the Delaware Council of Wildlife Rehabilitators and Educators. 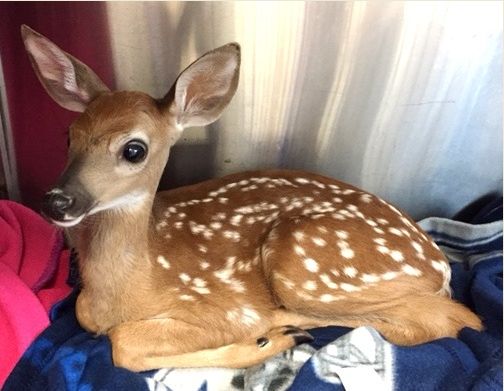 Sgt. Clifford Dempsey of the Dewey Beach Police Department was headed to work early this past Tuesday when he spotted what looked like a fox while stopped at the stop light on Coastal Highway just north of the Rehoboth canal bridge. As he got closer, he discovered a distraught fawn wandering along the shoulder and then across the road.

There were a bunch of cars coming along the roadway, so he stopped his police car to block off the highway as he went after the fawn. As an interesting coincidence, just as he caught the fawn, Dr. Christine Clark, a veterinarian at the Savannah Animal Hospital, pictured below, drove past and offered her assistance. 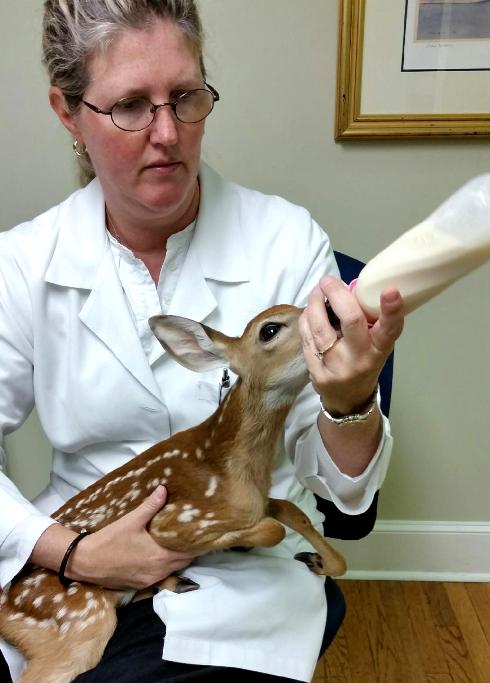 Dr. Clark reported on Friday that the fawn was doing fine and is missed by everyone at the animal hospital as it has been taken to the Delaware Council of Wildlife Rehabilitators and Educators. 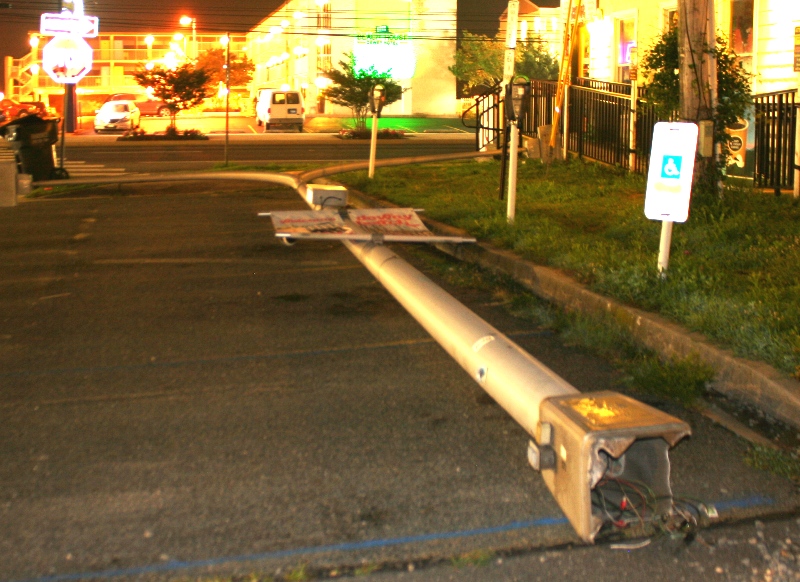 Dewey Beach police arrested an intoxicated man after he drove a Dodge pickup truck into a utility pole on Coastal Highway causing thousands of dollars in damage.

The pole not only provided valuable roadway lighting but was an instrumental part of the town's camera system. Mounted on the pole was a camera and wireless relay system for other cameras. Both were destroyed. 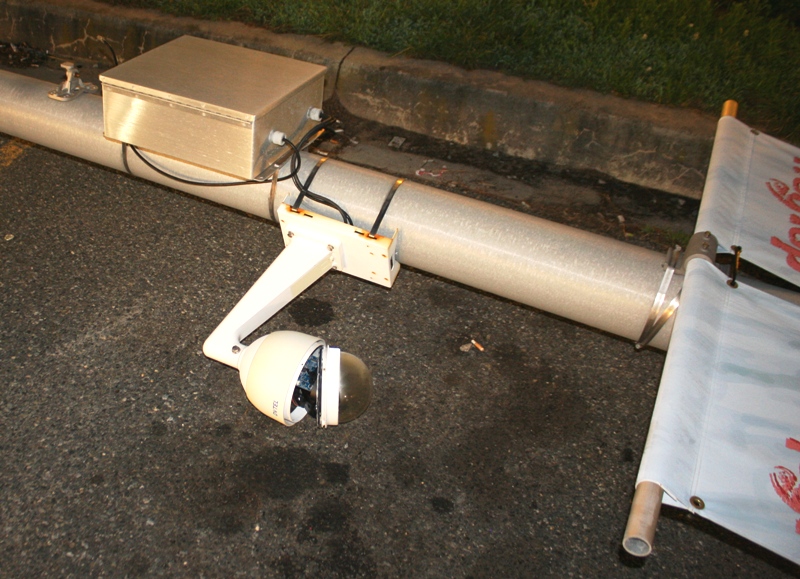 The accident was reported around 1:45 a.m. Friday at Dagsworthy Avenue. After the driver rammed the aluminum pole on the center island of Coastal Highway, police caught up with him at Van Dyke Avenue where he was arrested. 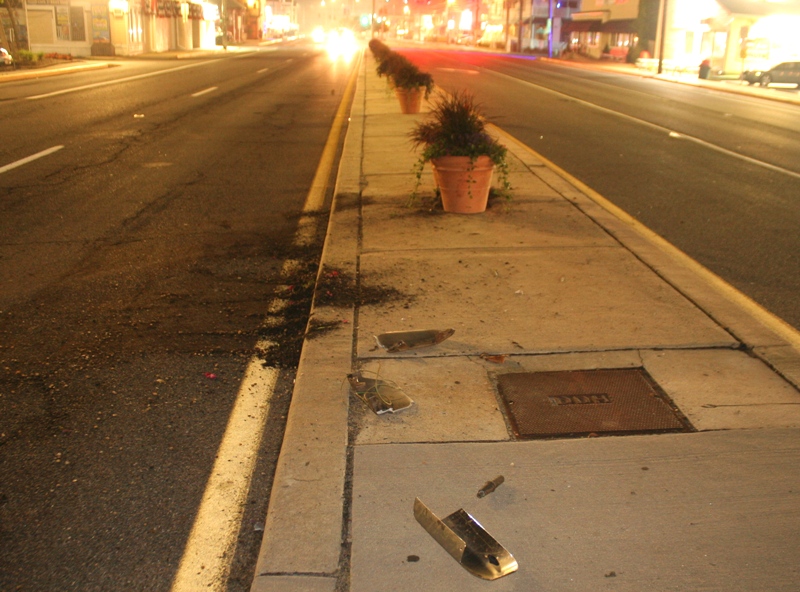 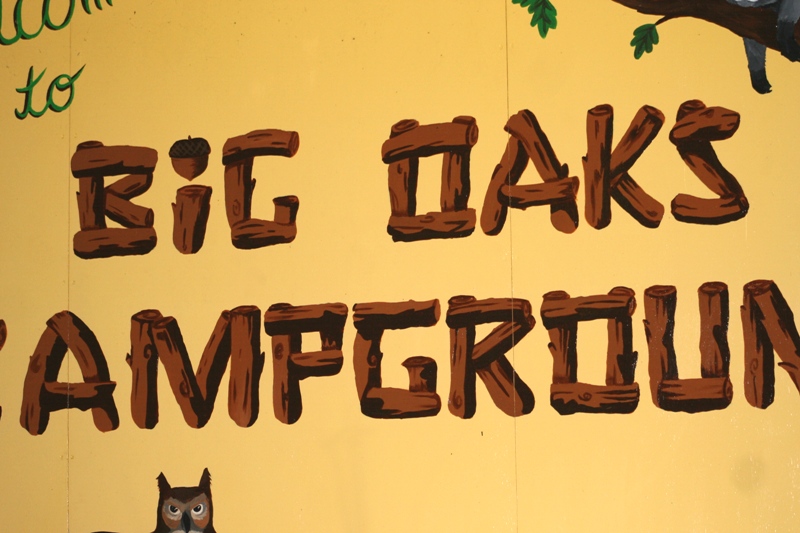 A family of four had been sleeping inside a tent when a nearby tree fell to the ground. Large branches crashed the tent, injuring the occupants.

The injured included a man and woman in their 30's and two girls, three and six years old. All four were taken to Beebe Hospital. They each suffered cuts and one also had been bruised. But there were no serious injuries.

The Big Oaks Family Campground has had no comment as of yet concerning the incident.

It is one of the tallest, if not the tallest, building in Sussex County. When the fire alarm sounded at Sea Colony's Edgewater House around 5:35 p.m. Friday, firefighters responded from at least a half dozen fire companies. 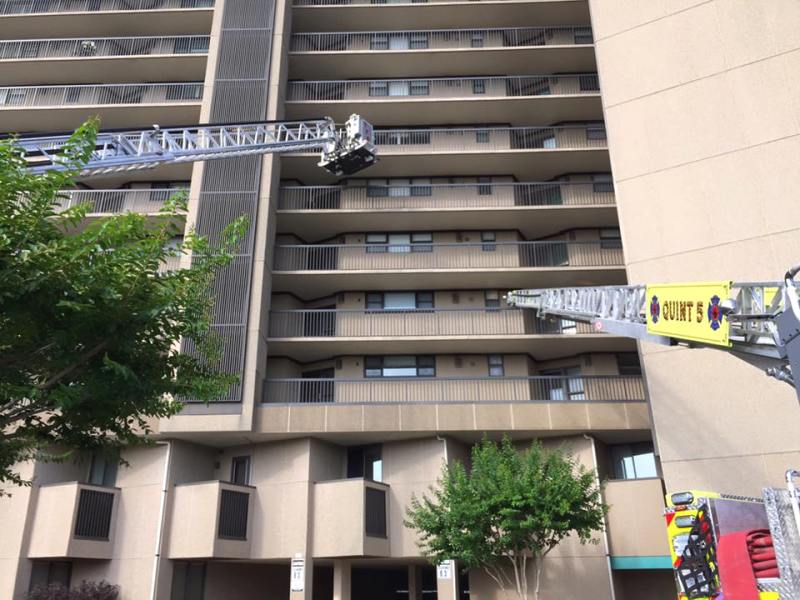 Firefighters and security staff searched the building. But no fire was found.

Last Monday, Rehoboth Beach police had stopped the driver of a silver Nissan Altima near 2nd Street and Rehoboth Avenue for a traffic violation around 12:35 a.m.

A second officer arrived and began conducting field sobriety tests on the driver when police say he suddenly placed the car in drive and sped off headed west on Rehoboth Avenue.

The driver stopped and was captured in the area of Grove Street and Columbia Avenue just north of the Royal Farms. Police identified him as 27-year-old Joseph Whaley of Lincoln, Delaware and provided his mug shot. 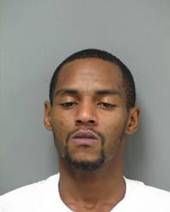 Police say Whaley had thrown a small clear bag out the window prior to being apprehended. The bag, containing a white substance, was later tested and determined to be methamphetamines, police said.

He was committed to Sussex Correctional Institution in default of $63,800 secured bail. Whaley was scheduled to appear in the Sussex County Court of Common Pleas on July 2 for a preliminary hearing. Anyone with additional information is asked to contact the police at (302) 227-2577.

The Rev. Todd, founder of the Rehoboth Camp Meeting Association, continues his 2015 appearances at the Anna Hazzard Tent house from 9 to 10:30 a.m. on July 6 (and July 20, August 3, 10 and 24). Local resident Roger Truitt dresses as the 1870's minister who founded the Rehoboth Camp Meeting Association and brings the era of the camp meetings to life. 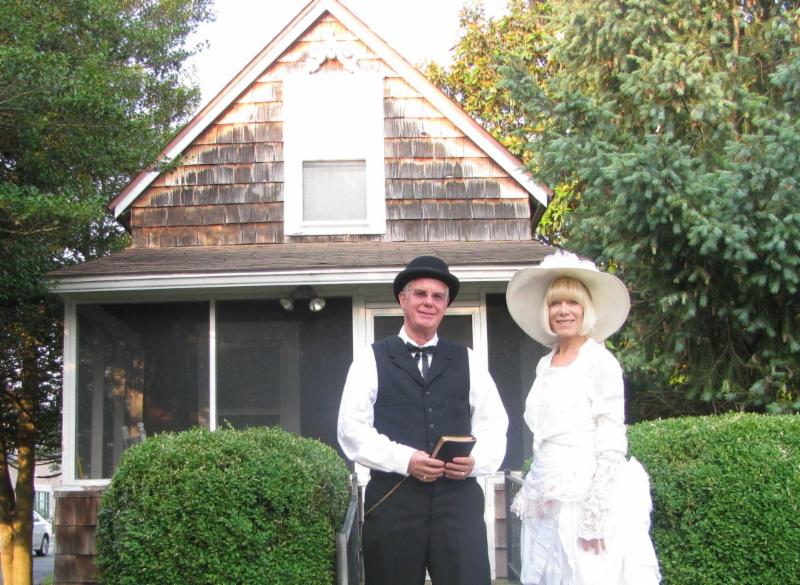 This year Rev. Todd has brought along a lady parishioner who brings a women's perspective. She also happens to be Roger Truitt's wife, Patricia Truitt. The Anna Hazzard Tent House is at 17 Christian Street. No reservations are required.

The next "walking tour" is scheduled for Thursday, July 9. The group will meet at 9 a.m. at the Bandstand. With a $10 donation, you will enjoy a gentle 45-minute stroll around town and the chance to learn about the history of Rehoboth Beach, including topics such as shipwrecks, lighthouses and the boardwalk. Reservations are required. Please call (302) 227-7310.

Also on Thursday, July 9, the museum will show a movie as part of the current exhibition featuring advertisements, movie posters and original MGM Studios promotional posters from the 1930's.

Screening this week will be the classic black and white film "The Little Foxes" at 7 p.m. The film was shown at the Blue Hen Movie Theater on Rehoboth Avenue in 1941. Set in a small town in Alabama in 1900, it focuses on the struggle for control of a family business. Popcorn and candy will be served. There is a $5 suggested donation and reservations are required. Please call (302) 227-7310 to reserve a seat. 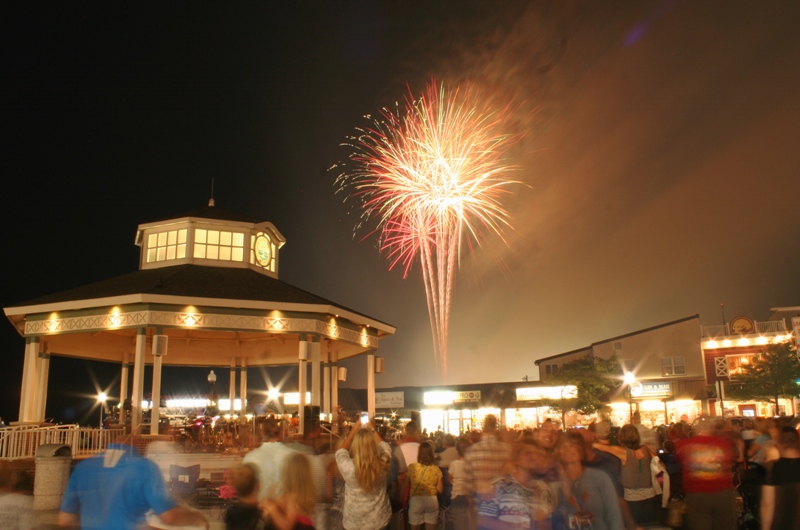 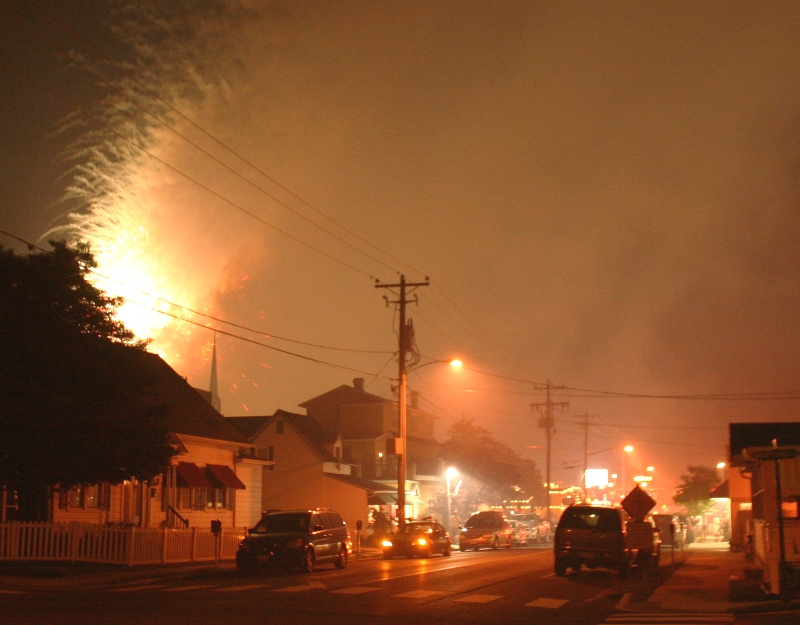 Here is some excellent drone video from James Derrick!

STATE TROOPERS INVESTIGATE ASSAULTS BETWEEN DEWEY AND REHOBOTH--- During a one-hour period early Saturday, Rehoboth and Dewey police assisted state troopers in an effort to locate the men responsible for a series of assaults in the area between the two beach towns. The first complaint was received around 1:45 a.m. Saturday. A man contacted police on Coastal Highway at Bayard Avenue, just north of Dewey. He claimed a man accosted him who said he held a gun to the back of his head, although he did not actually see it.

Around 2:10 a.m., police received another call reporting an assault on Coastal Highway at Robinson Drive near the "Just in Thyme" Restaurant. The victim suffered facial and neck injuries. He described the suspects as two black men; one wore a hat and black tank top. They fled east toward Silver Lake with his wallet and cell phone.

About 25 minutes later, another man contacted police on the south side of the Silver Lake bridge reporting that he too was assaulted by two men. He suffered injuries to his face. The men fled toward Dewey. State troopers used a police dog in an attempt to track the suspects. No weapons were seen in these incidents. The motive appears to be robbery.

BOAT STRUCK BY LIGHTNING--- The vessel "Pipe Dreams" called for help Thursday after reportedly having its engine struck by lightning around 11:24 a.m. It happened near Tower Shores in the area north of Bethany. One of the two persons on board, a 72-year-old man, was taken to Beebe Hospital for a check-up.

FUNLAND NABS KIDS PASSING BOGUS $20's--- Staff at Funland helped Rehoboth Beach police capture two boys who were passing counterfeit $20 bills at the popular amusement park. Christopher Darr, personnel manager at Funland, says the boys were caught Friday night after the bills came into different games. The bills, he noted, had the same feel and wear, and two bills had the same serial number. Police later charged the boys with passing counterfeit currency. They had been staying at a high-end hotel in town with their parents. "The important part from our perspective is that we immediately recognized the counterfeit on Friday which lead to an arrest," Darr added.

YET ANOTHER LONG FALL IN O.C. BUT WITH MINOR INJURY--- EMS and police responded to another fall from a third story around 9:15 p.m. Saturday. This time it was at 1209 Dayton Lane, at the Captains View Villas residential condo off 13th Street in downtown Ocean City. The patient was alert when taken by ambulance to Peninsula Regional Medical Center.

MAN BURNED WHEN CAR FIRE SPREADS TO BUILDING--- A 59-year-old man received burns to his arms and face after his vehicle caught fire and he attempted unsuccessfully to extinguish the blaze with a small fire extinguisher. The fire then spread to an adjacent building. It was reported around 12:20 p.m. Sunday on Pinewater Drive on Pinewater Farms in the Harbeson area. He was taken to Beebe Hospital.

MASS CASUALTY ACCIDENTS--- State troopers and fire/rescue crews kept busy this holiday weekend in Sussex County responding to three vehicle accidents that were handled as mass casualty incidents. The injuries were not serious but because of the number of patients, required responses from multiple fire companies. They were:

Sat., 2:23 p.m., Dupont Blvd. near the Millsboro McDonalds, a two-door sedan rear-ended a Chevy Silverado. Initial reports were that 10 people had been injured, six of whom came from the same vehicle.

Sun. around noon, Dagsboro Rd. and Dupont Blvd., Millsboro, 15 people were injured in a four-vehicle accident. More details in this WGMD article.

MORE LIFEGUARD STAND MISCHIEF--- Rehoboth Beach public works crews had to use a tractor to remove a couple guard stands from the surf this past weekend. The stands were discovered around 8 a.m. Saturday and were not easy to extract from the ocean. Even the tractor kept getting stuck in the wet sand.

Some blame re-nourishment for crushing waves

If you're going to Rehoboth, then you've got to try this fried pancake thing called kaiserschmarrn

This report is being e-mailed to 1,984 recipients. Thanks for your support!