Having trouble viewing this report or its photos? Click here: http://henney.com/weekend08/ or e-mail alanhenney@aim.com

This past week Rehoboth Beach residents have noted missing street signs -- those bearing the street names -- disappearing mostly on the south side of town. On Friday, the signs were missing for Stockley, Norfolk, Rodney, Saint Lawrence, along with the cross street of King Charles. A block away, Bayard and Norfolk disappeared as well as 1st and Virginia. It appears the signs, many of which have been mounted atop of stop signs, have been broken from their holders, cracking some of the mounts.

The city's sign shop has already replaced most of the missing signs. One source says some streets have had signs gone missing more than once this weekend. 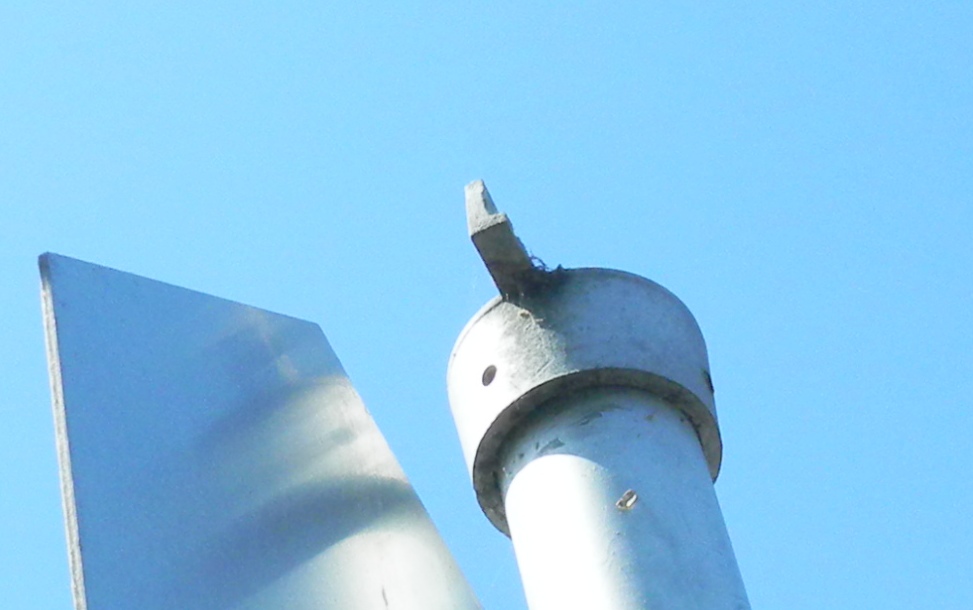 Rehoboth Beach police have also been investigating other vandalism cases reported the past few days:

Sometime between 10 a.m. and noon on Thursday, at least six vehicles belonging to Rehoboth Beach Patrol lifeguards, who had been parked in RBP reserved parking spaces, reported flat tires. This was the day following the Mid-Atlantic Regional Lifeguarding Championship which was held in Rehoboth Beach.

On Sunday, five or six vehicles were discovered "keyed" sometime overnight in the 300 block of Hickman Street.

Police have not commented on any of these incidents.

REHOBOTH BOARDWALK GETS SOME NEW BOARDS

City carpenters have been busy replacing a batch of bad boards on the boardwalk after having rotted prematurely. The majority of the boards come from the area of Wilmington Avenue near Gus & Gus. 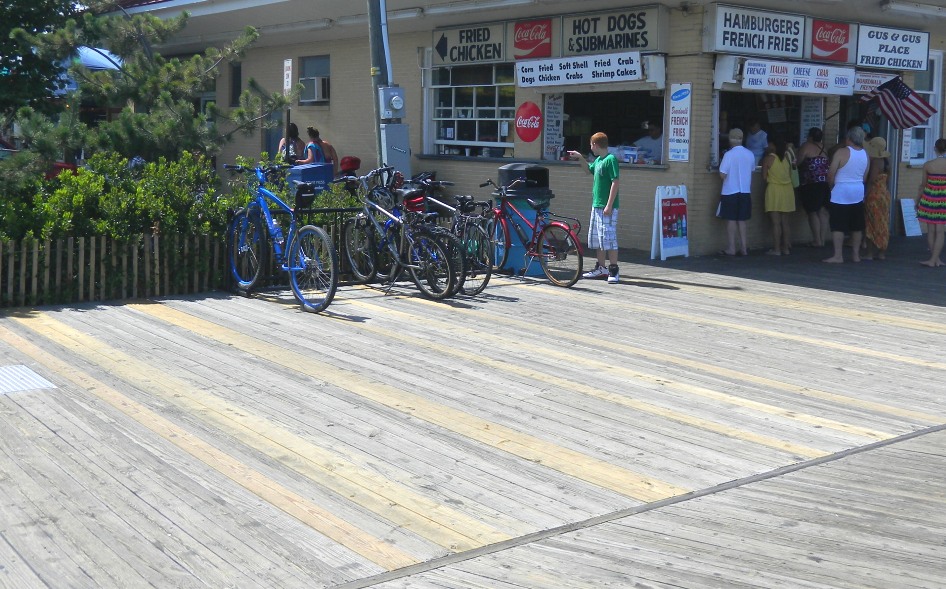 Commissioner Stan Mills says "a small number of wood deck boards recently replaced appear to have rotted prematurely from the inside out. We can only speculate as to why these boards deteriorated more rapidly than expected, for example, due to a change in preservative treatment (federally mandated) or use of smaller and younger trees over larger, more mature trees; disease in the cluster of trees cut down, etc."

"Regardless," Comm. Mills added, "the decking is a natural wood product and replacing boards periodically is expected as part of regular maintenance."

A 14-year-old girl cut her arm and leg after walking into a glass door around 10:30 a.m. Tuesday. Rehoboth Beach police tell WGMD she had been talking on a cell phone when the accident happened in the ocean block of Rehoboth Avenue. She was taken to Beebe Hospital. 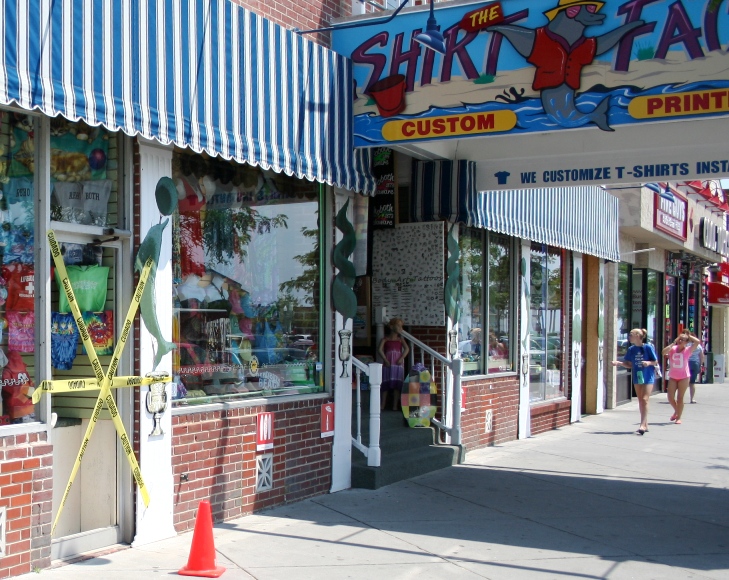 Rehoboth Beach police nabbed a burglary suspect minutes after the crime had been reported to police early Thursday evening. According to a police news release, police received a report of a burglary in progress on Grove Street, behind the 7-Eleven, around 5:30 p.m. That was when two men were spotted near a rental unit and the door was broken.

Less than eight minutes later, police captured one man off Canal Street. The second suspect was later arrested at the Rehoboth Inn. Police say both men are linked to another burglary near State and Old Bay Roads this past week where two flat-screen TVs were taken – and later discovered at a pawn shop with help from Selbyville Police. 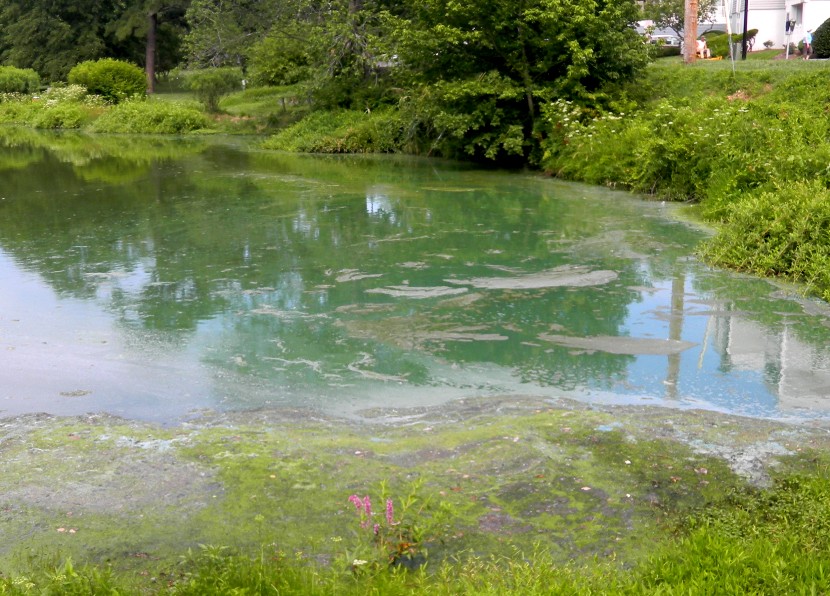 LOW HUMIDITY THIS PAST WEEK GOOD FOR SHIP WATCHING

Wednesday evening, the Liberian-flagged Independent Voyager cargo ship passed within less than a half mile of the Italian-flagged tanker Valverde. The ships were less than five miles from the Henlopen Hotel off Cape Henlopen. The low humidity and increased visibility make ship watching more enjoyable. For more on ship watching, see this ship-plotter page.

The CAMP Rehoboth artists continue to produce unique art with a wonderful exhibition introduced by Dr. Salvatore Seeley. The current exhibition at the CAMP Rehoboth Community Center "Lost & Found" lends itself wonderfully to a beachcomber theme, but not necessarily. Here is one of the exhibition's most striking works made from driftwood entitled "Faith" by Julie Farrimond. 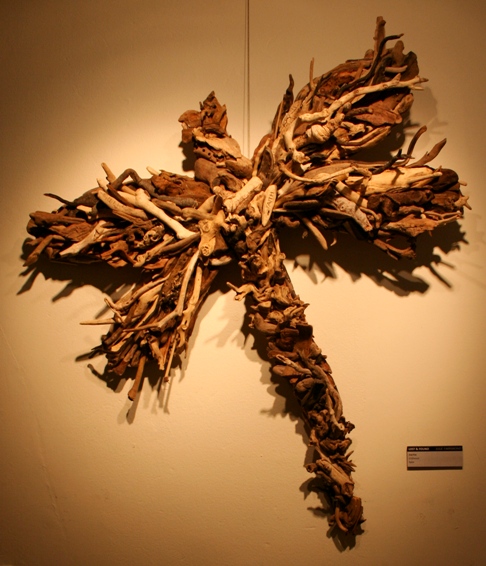 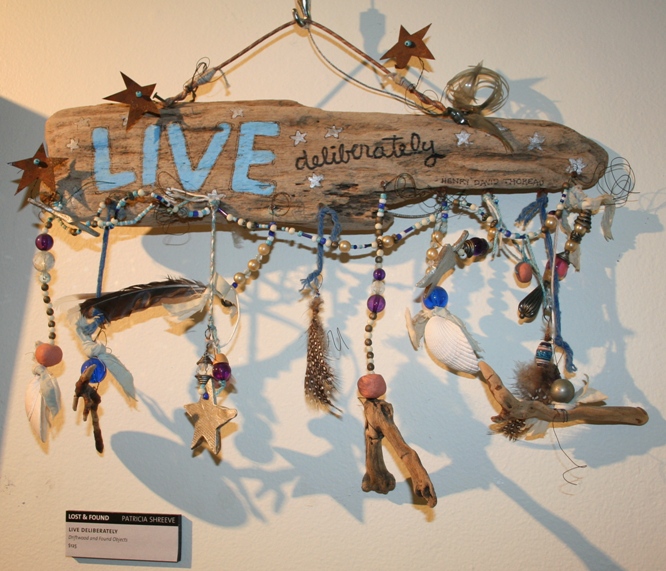 Down the street at the Galleries at 20 Baltimore Avenue, in the Jack Wiberg Gallery, is a new exhibition, "A Touch & Taste of Sweden" by artist Jack Wiberg. He paints such refreshing realism.

He takes us back to his family's Swedish roots in Linköping with stunning; almost photo like, oil paintings from his visit about a year ago. He says it takes him about eight to 10 weeks to complete a painting like this, but he paints four or five works concurrently. He said his mother started him as an artist, drawing as a child in church to keep him quiet and entertained.

What a delight! Jack's paintings transport us to a part of northern Europe to a country filled with brightness, cleanliness and cheer. Who is not enchanted with glittering water, serene nautical scenes, ships, boats of all sizes and scenes reminiscent of this part of Europe? Everything is neat, beautifully painted and drawn, and further more accessible, and affordably priced.

Jack poses below in front of his oil painting, Baltic Midnight Sun. This is a place in Sweden where the sun may be visible at midnight. 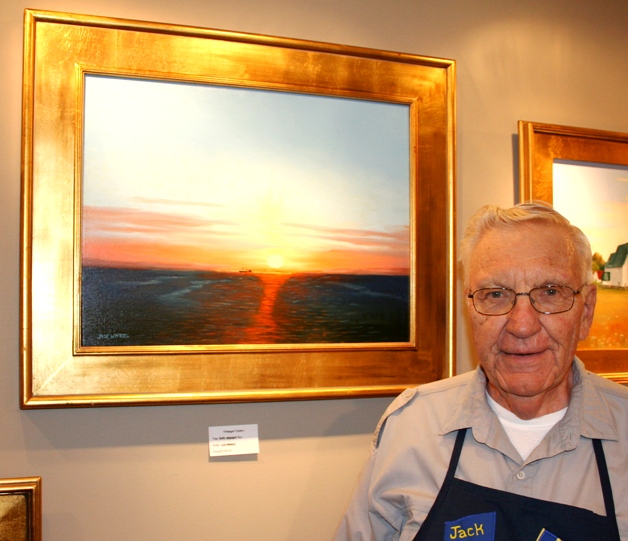 Please look for Jack's gallery along with other unique art shops tucked away at the former Epworth United Methodist Church in the first block of Baltimore Avenue.

KINFolk SEEKING YOUR SUPPORT ON WEDNESDAY

KINFolk is a unique local organization that provides laptop computers and internet access to children who are hospitalized or homebound. KINFolk helps keep them connected to those who love and support them at a time when they need it most.

As you browse the silent auction items, there will be a selection of wines chosen by Teller Wines and food from many of the area's best known restaurants.

Contact Kathy at 302-645-6971 for information, tickets or sponsorship opportunities or www.KINfolkKids.org.

David Koster shot this photo of a baby ringneck snake he said he found in his yard. "I found it in my wooded backyard in Rehoboth and I put him back where I found him," he added. 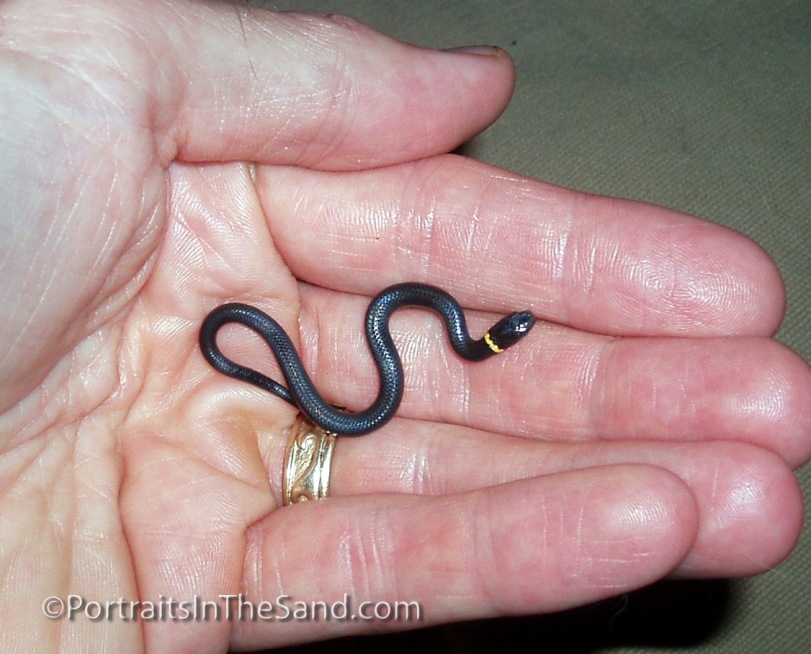 WOMAN INJURED IN HOUSE FIRE NEAR LEWES--- Firefighters battling a house fire discovered a woman trapped inside at 16240 John Rowland Trail in Paynters Mill, north of Red Mill Pond. The fire was reported around 2:50 p.m. Friday. She was taken to Beebe Hospital suffering from smoke-related injuries.

LONG FALL IN O.C. WITH MEDEVAC--- A person was seriously injured in a "long fall" from the Princess Bayside South on 47th Street around 5 a.m. Saturday. The patient was found still breathing but with a serious head injury. A state police helicopter flew the patient to a trauma center from Jolly Roger Amusement Park. Police have not speculated on the type of fall, if accidental or if the person had jumped.

MAN STRUCK BY O.C. TRANSIT BUS--- A 28-year-old man had been reportedly crossing Philadelphia Avenue when he was hit by an Ocean City transit bus at 25th Street. It happened around 12:35 a.m. Sunday. The man was reportedly unconscious for several minutes, and when he awoke, was described as confused. He was also taken by a state police helicopter from Jolly Roger Amusement Park to a trauma center.

LIFEGUARDS PULL MAN FROM OCEAN AFTER HE COLLAPSED IN SURF--- An adult male was reportedly in cardiac arrest after being removed from the Ocean City surf at 62nd Street around 11 a.m. Sunday. O.C.B.P. Capt. Butch Arbin says this case appears to be heart related and not water related although he was exiting the ocean when it occurred. Capt. Arbin added that witnesses said the man grabbed his chest before collapsing. He was assessed and CPR was initiated by an O.C.B.P. member. A defibrillator was applied and was used to shock the victim. Capt. Arbin said the last report he had was that the man regained a pulse and was breathing as he was being taken to the hospital.

A pleasure/fishing boat collided with a sailboat in the early morning hours of Friday. One of the boats started sinking after it sustained a damaged hull. It happened about five miles east of Indian River Inlet around 4:15 a.m. Several Sussex County fire companies along with the Coast Guard and state police helicopter responded to assist. They successfully rescued six people on the fishing boat and two people -- and a cat -- from the sailboat. See this link for photos and more details.

Around 10:10 a.m. Friday, Ocean City firefighters responded to the Route 90 bridge after a boat with five persons on board capsized. There were no injuries and everybody was safely rescued.

Girl in critical condition after near drowning on Lewes Beach (Wednesday)

Don't dig into danger on the beach (Rehoboth Beach)

Dew Tour to be free this year

OCPD looking for teens who tried to pass counterfeit $20 bill