It was probably one of the most sophisticated and best staffed sobriety checkpoints motorists in the Rehoboth area have seen in recent memory. Officers from multiple police agencies along with DelDOT highway crews participated in this past weekend's Checkpoint Strikeforce.

The checkpoint was established late Friday on the northbound lanes of Coastal Highway just north of the Rehoboth canal bridge. It was perfect to catch those leaving the Dewey bars. The location was also brilliant because the only hint motorists had was a flashing arrow board and traffic cones forcing vehicles into a single lane, as if they were approaching a nighttime construction zone.

But once at the top of the canal bridge, it became obvious that everybody was corralled in a single lane destined for a sobriety check.

Officers waived the motorists forward and attempted to engage them to determine if they were impaired. Several were told to pull over, stop and exit their vehicles to perform a field sobriety test.

This man was tested in the Penco Corporation parking lot. After his sobriety test, officers handcuffed him. 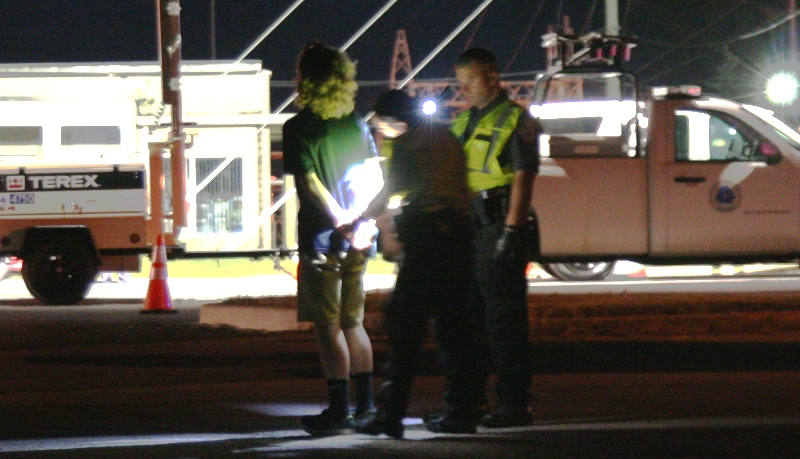 Several motorists were stopped, tested and some were arrested. Others were cited for various violations and a few appeared to be suspected of drug possession.

Arrest totals were not yet available as of Sunday.

Nearly 100 law enforcement officers were sworn-in as part of Checkpoint Strikeforce on July 7. According to the Office of Highway Safety (OHS), Delaware has had more than a dozen fatalities attributed to impaired driving and more than 1,800 DUI arrests so far this year.

In an effort to curb the number of injuries and fatalities in Delaware, OHS says it has re-tooled the 15-year running, regional Checkpoint Strikeforce effort. In a news release earlier this month, Jana Simpler, OHS director, said to better allocate resources the task force has changed the model of Checkpoint Strikeforce by conducting five simultaneous statewide checkpoints on four selected nights. This past Friday was the first of the four events which will run through December. Two were in New Castle, one in Kent and two in Sussex counties.

Despite a Rehoboth Avenue already packed with vacationers, hundreds of people came Wednesday evening to downtown Rehoboth Beach to show their support for Cheryl Blackman. Just as Cheryl's motorcade started on the parade route, the sun broke through the cloudy rainy sky and the crowds became energized.

A Rehoboth Beach police vehicle followed her Jeep along the route. Many walked along with her entourage, while others stood along the roadside, some dressed in costume, and others held signs of support, flags, balloons, flowers, photos, stuffed animals and cards. 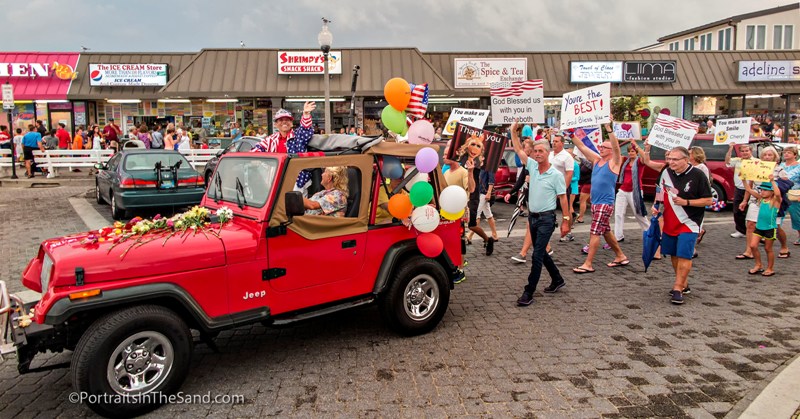 The touching tribute for Cheryl follows recent news of her ongoing struggle with cancer. She has touched so many lives and made many friends during her life here in Rehoboth Beach. Please join them praying for a miracle.

See this WMDT-TV report, Daily Times and Cape Gazette articles for more photos and coverage of this week's parade.

KINfolk supplies laptop computers and free Internet access to hospitalized children to keep them in touch with family, school and friends. Enjoy an evening of good wine, good art, good food and get to meet celebrity wine pourers, below, and hopefully Cheryl. 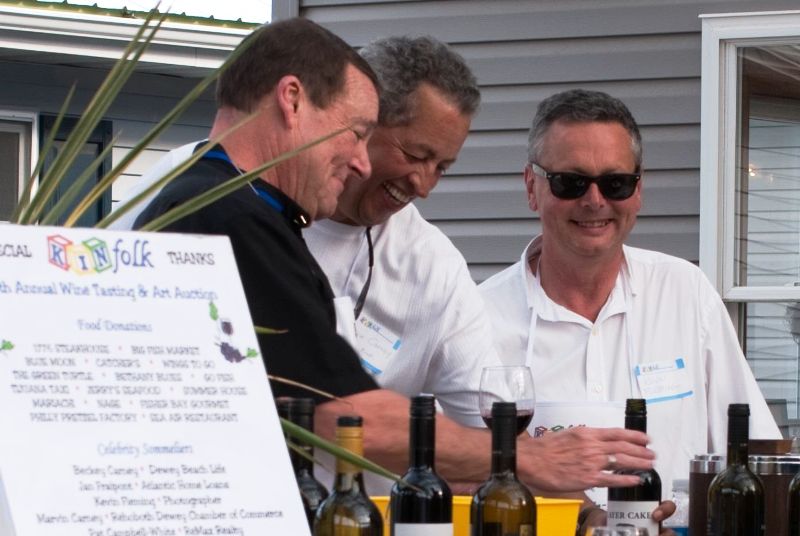 For tickets or information contact Kathy McNamara at (302) 645-6971 or purchase tickets at the door at the East Coast Garden Center.

Tim McClanahan, a talented and gifted Lewes firefighter, died last Monday during a training exercise in Georgetown with the state police helicopter. Funeral services were held for him on Sunday at the Cape Henlopen High School in Lewes.

WGMD's Walt Palmer covered the service live and on the web. Please see the WGMD website for full details.

Rehoboth Beach police arrested 35-year-old Busara Kennedy last Wednesday for criminal mischief and second-degree trespassing. Chief Keith Banks says Kennedy, who has a military background, had been caught snooping around this communications shed under the water tank at the end of Baltimore Avenue at 2nd Street around 6:45 p.m. 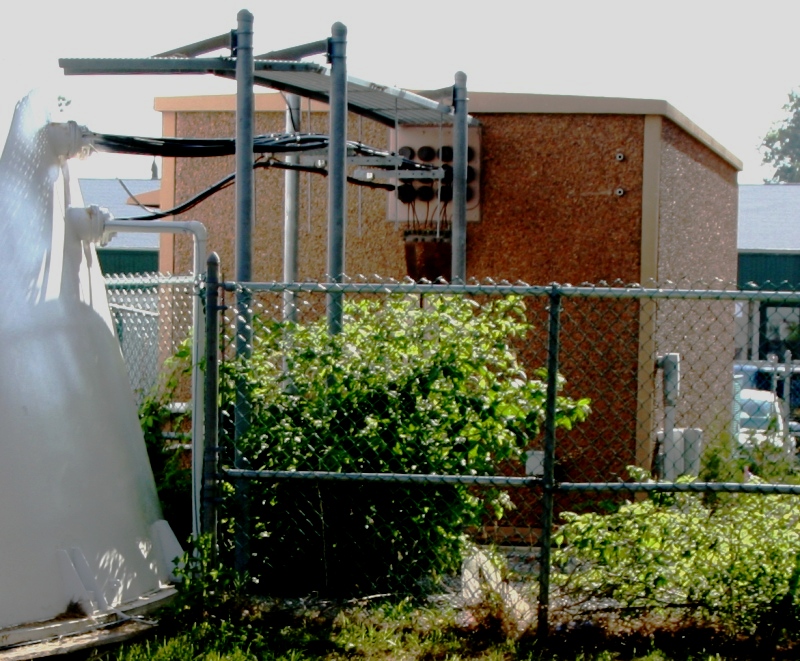 Rehoboth police have reported him to the "watch list" although the state radio techs did not find anything disturbed in the shed. Chief Banks says Kennedy "lawyered up" and declined to talk. He did not appear to be intoxicated, Chief Banks added.

MAN WITH HEAD INJURY IN DEWEY FLOWN TO TRAUMA CENTER

Dewey Beach police found an unconscious 32-year-old man suffering from a head injury on the bayside of New Orleans Street just before 9:30 p.m. Friday. He was taken by ambulance to the Rehoboth Elementary School and flown to Christiana Hospital. Sgt. Clifford Dempsey said that the man had accidentally struck his head on a parked vehicle during a fall. His injuries did not appear life threatening. 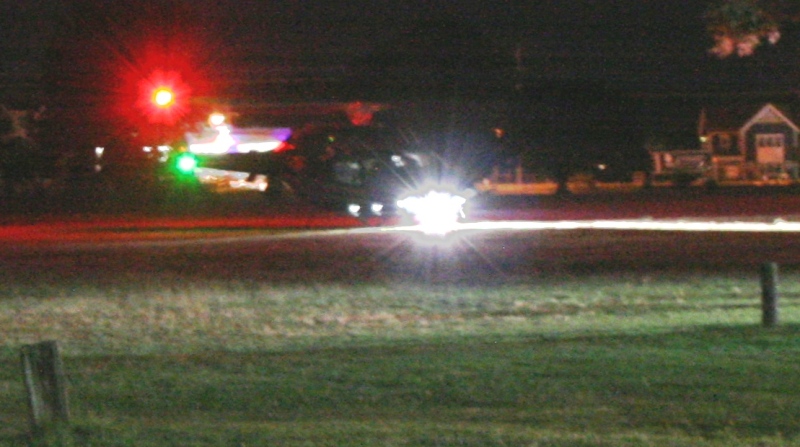 Ironically, police and EMS personnel returned to the bayside of New Orleans Street again around 1:20 a.m. Saturday and a third time around 1:40 a.m. Sunday. Both were for persons with head injuries as well, although not as serious. Sgt. Dempsey says the man in the Saturday morning incident declined the ambulance.

Ocean City lifeguards had to pull a 60-year-old man from the ocean after he was struck by a wave and thrown to the ocean floor. He suffered cuts to his chin and forehead and initially was unable to move his upper body. 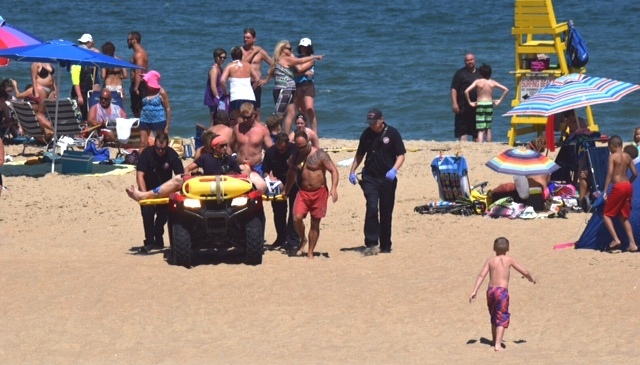 The incident happened in the area of English Towers at 10000 Coastal Highway around 2:50 p.m. Tuesday.

The state police helicopter landed at Northside Park on 125th Street and flew him to Shock Trauma in Baltimore. 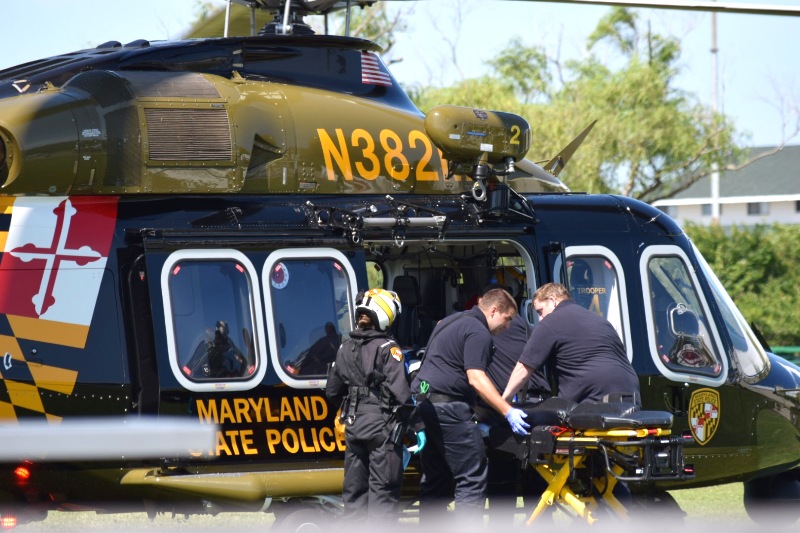 GIRL GETS HORSESHOE CRAB TAIL IMPALED IN FOOT, TAKEN TO BEEBE--- A 10-year-old girl visiting the beach in Lewes had a horseshoe crab tail impaled in her foot. It was reported just before 11:15 a.m. Saturday. She was taken to Beebe Hospital via a Lewes ambulance.

WOMAN BURNS FEET ON HOT SAND--- Ocean City paramedics responded to 118th Street around 1:10 p.m. this past Thursday after a woman burned her feet on the hot beach sand. She had complained of peeling skin and minor bleeding.

WEEKLY MERR UPDATE--- Suzanne Thurman, the MERR Institute executive director, says MERR responded to another dead loggerhead sea turtle on Indian River Bay which appeared to have been struck by a boat propeller. In addition, she says they had reports of two other dead loggerheads still floating in the ocean. No stats have been released yet from MERR's annual dolphin count which was this past Saturday.

ANNUAL REHOBOTH BEACH CANDIDATE FORUM THIS COMING FRIDAY--- The Rehoboth Beach Homeowners' Association candidate forum for the upcoming August 13 election to fill two commissioner seats is scheduled this coming Friday at CAMP Rehoboth. Free parking is available to those who attend the forum at any metered parking spot on Baltimore Avenue between 6 and 9 p.m. The city will not enforce parking meters on Baltimore Avenue during the Forum. Details about the candidates and the format for the forum appear on the RBHA website.

Are you missing a crab pot in Sussex County?

Get real-time traffic alerts from DelDOT

The other gay beach towns

10-11 tons of trash removed from Delaware beaches every day

Rehoboth gone wild: Inside the insane feud in a Delaware beach town

How does street performer lottery work in Ocean City?

Latest round of O.C. inlet dredging expected to start past weekend

How safe is Ocean City for pedestrians?

This report is being e-mailed to 2,085 recipients. Thanks for your support!