Having trouble viewing this report or its photos? Click here: http://henney.com/weekend09/ or e-mail alanhenney@aim.com

It was a shocker this week when Dan Gaffney, one of the shore's top-rated radio personalities, announced he had resigned from WGMD. He had been with the station for more than 20 years.

Gaffney had submitted his resignation on Thursday and his last day was going to be Wednesday. WGMD staff was informed on Monday. An anonymous posting in the mailbag section of the dcrtv.com (D.C. radio-TV) blog later on Monday spread the news.

Further confusing the situation was an incident on Thursday where a disgruntled man had entered the station's studios and disrupted the morning show. The man was identified as Dirk Moore, who had been arrested after he ran from DNREC marine police on June 24 for illegal clamming in Dewey Beach. Supposedly he was unhappy with the coverage. State police were called to handle the situation.

During his last show on Wednesday, Gaffney told listeners "I'm taking the summer off. Going to enjoy the kids and the beach, and Nicola [Pizza], and things like that without having to get up with the alarm clock... I am optimistic what the future might hold." he added.

He spoke often of Nicola's. As a big fan of Nicola Pizza, Gaffney interviewed Joan Caggiano, below, during the 40th anniversary last summer. 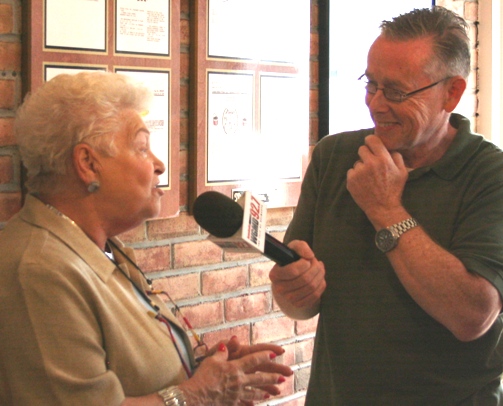 Why he resigned is still a bit of a mystery. He denied rumors that he was quitting to start his own church or his own Christian podcast business, or that he had purchased a TV station, or was going to become Alex Pires' campaign manager.

Gaffney alluded to differences with management adding that "They have a position, I have a position," but he did not get specific. The station's Website only provided 38 photos along with links to charity events where Gaffney was frozen alive and entombed in concrete, with no explanation of his resignation.

Click here to watch the report WBOC's Michael Lopardi did on Gaffney's departure on Wednesday.

When somebody was spotted trimming dune grass around 10 a.m. Friday in the area of the Henlopen Hotel, it led to police being called to investigate.

Police did confirm that an official from DNREC was there, and DNREC public affairs provided this statement regarding the trimming of the dune grass:

"DNREC was not pruning dune grass nor any grasses in Rehoboth Beach today [Friday]. An employee of the Stuart Kingston Galleries was trimming the coastal panic grass there for aesthetic reasons, with DNREC supervising the activity. Stuart Kingston Galleries sought permission to trim from the U.S. Army Corps of Engineers, which was granted for trimming only the panic grass to two feet above grade, with DNREC oversight. Others also have sought and received such permission to trim the panic grass with DNREC supervision." 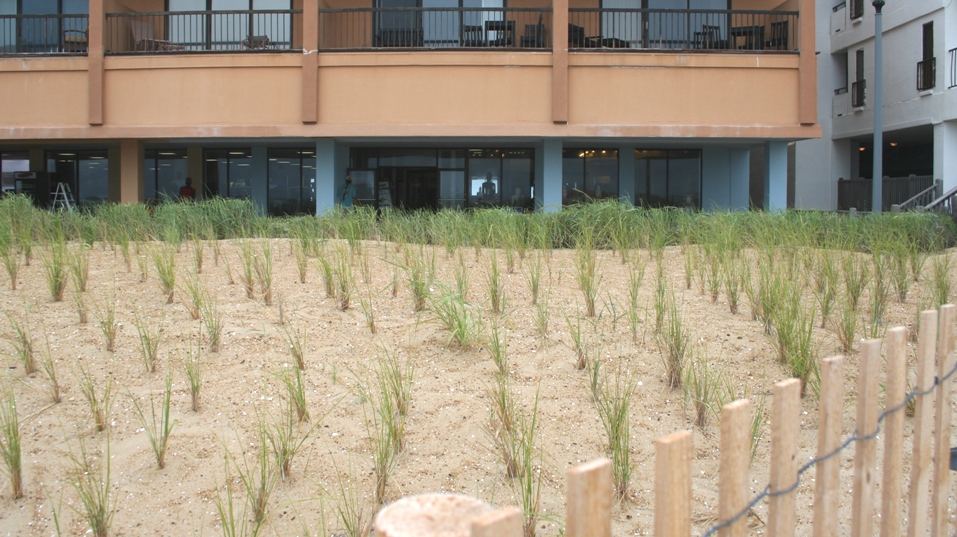 The U.S. Army Corps of Engineers work did not end with beach replenishment. The Army has returned on a regular basis this summer to clear the storm water outfall pipes on Rehoboth and Delaware avenues and Laurel Street, as was done several days this past week.

The problem is that these drains, which carry storm water from the streets into the ocean, were shorter than the replenished beach. So the Army has to keep digging clear the outfall pipe ends so they continue to drain storm water. 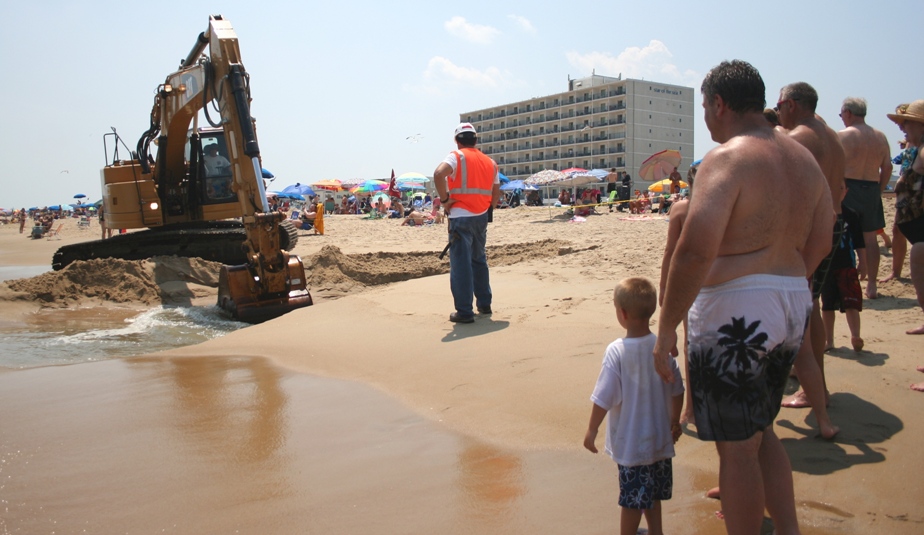 Steve Rochette, U.S. Army Corps of Engineers spokesman, says "Normally this sand erodes naturally back rather quickly, but due to the lack of storms this season the sand has not eroded back."

"We cannot shut down Rehoboth Beach in high tourist months to perform a permanent fix (truck fill or outfall extension) so the only solution to keep the outfalls flowing is to clean them out at low tide each day, or every other day based on the weather forecast," Rochette wrote in an e-mail. "After Labor Day we may be performing a permanent fix if the sand has still not eroded back. We have worked closely with DNREC on this," he added.

He said the crew clearing the pipes typically works during low tide during daylight hours and that is why they were on the beach during the peak of the day this past week.

A Corps of Engineers crew was in town on Sunday and plans to return early Monday [today] to continue clearing the outfall pipes after this weekend's rough surf.

A banner plane which towed ads over the Rehoboth Beach skyline, crashed Thursday, killing the pilot.

The FAA confirms that this Piper PA-18-150 with registration number N4330Z crashed just before 11 a.m. at the Bunting Airport in Berlin. The plane is owned by Ocean Aerial Ads, the shore's largest aerial advertising company. 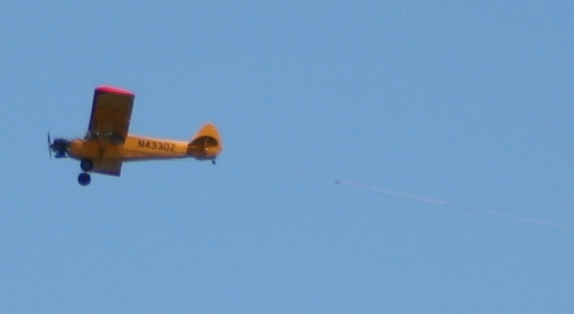 For details see this state police news release or the WBOC report by Ko Im.

A city crew delivered a new cigarette disposal receptacle to the pavilion on Norfolk Street this past Wednesday. The older one had been damaged. The new urns appear even more durable than the older urns with the pebble finish. 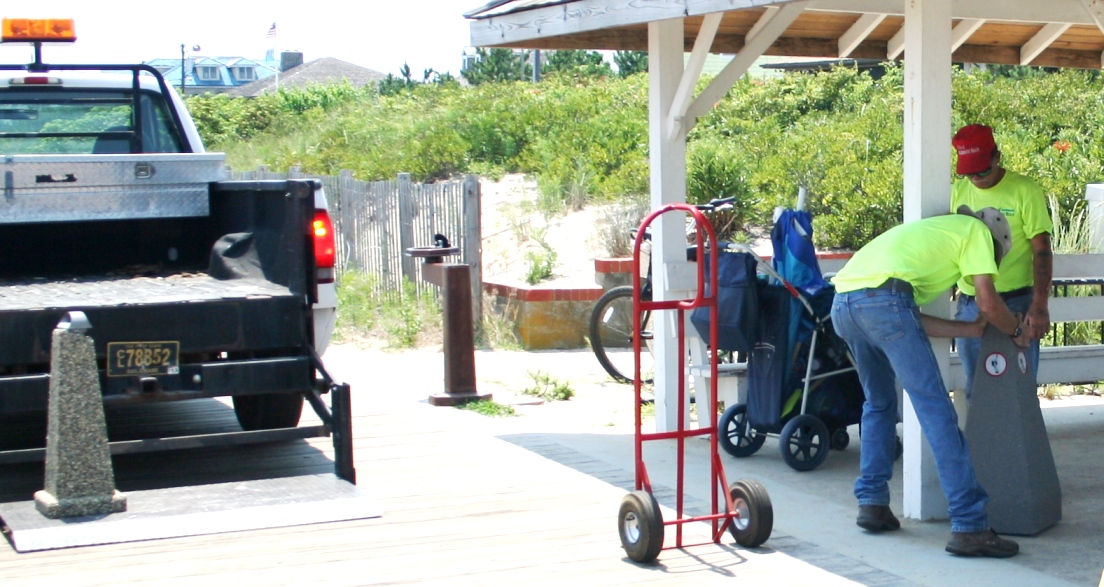 Commissioner Stan Mills says the city has received additional grant monies to purchase 14 additional cigarette disposal urns of the style shown in the photo on the left. Four are in coffee color for use in parks while 10 others are gray in color for use in certain areas of the boardwalk.

This style cigarette butt receptacle weighs less than 100 pounds, Commissioner Mills said, and matches other urns purchased earlier and used in the parks and on the boardwalk. He noted that the city also purchased 12 of a new style urn made of concrete. They weigh about 300 pounds and are "not going to blow away in a Nor'easter!" These heavier-style cigarette receptacles are also being placed along the boardwalk, one which is shown on the right in the above photo.

DOLPHINS COUNTED IN REHOBOTH AND OTHER MERR NEWS

Saturday was not the best day to be counting dolphins with the rough seas and strong northeast wind. But that did not discourage Linda McDonough, Tara, Allaire and Olivia Tetrault, shown below, from participating in MERR's annual dolphin count. They were one of two dolphin watching sites in Rehoboth Beach.

Suzanne Thurman, executive director of MERR, said volunteers this year counted dolphins from about 36 different locations between Fenwick Island and Woodland Beach, and also on the inland bays of Assawoman and Rehoboth. She said she is waiting for the counts from the volunteers, but expects low numbers because of the rough seas.

Thurman also added that another dead sea turtle was reported Saturday on the north side of the Indian River Inlet along the rocks. She had volunteers there on Sunday investigating.

As a storm approached Rehoboth Beach, a large tree limb fell from this oak in the second block of Rodney Street just before 2 a.m. Friday. 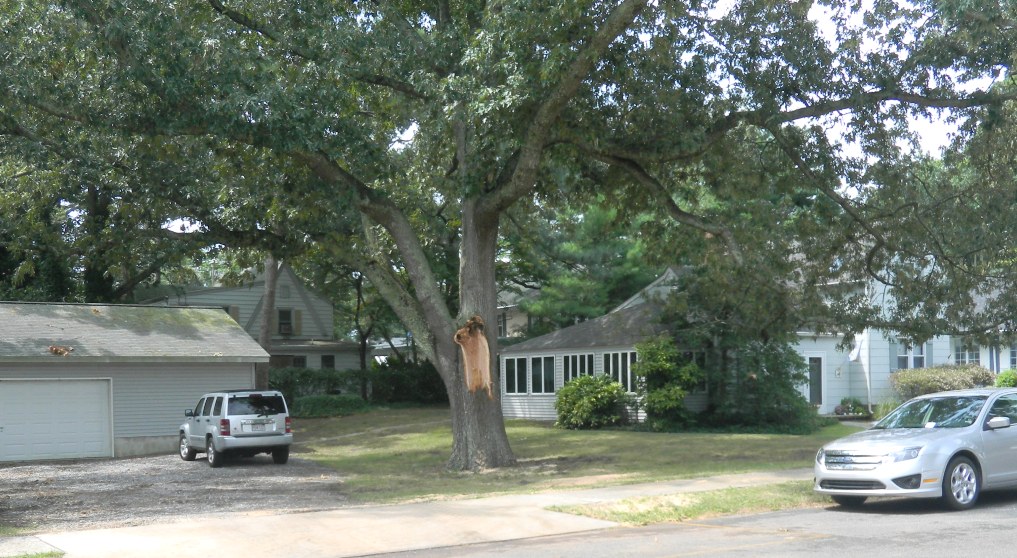 About six hours later, the city crew had the debris cleared and the street reopened by 8:25 a.m.

Mayor Cooper introduced the candidates and they briefly laid out their ideas for the city. 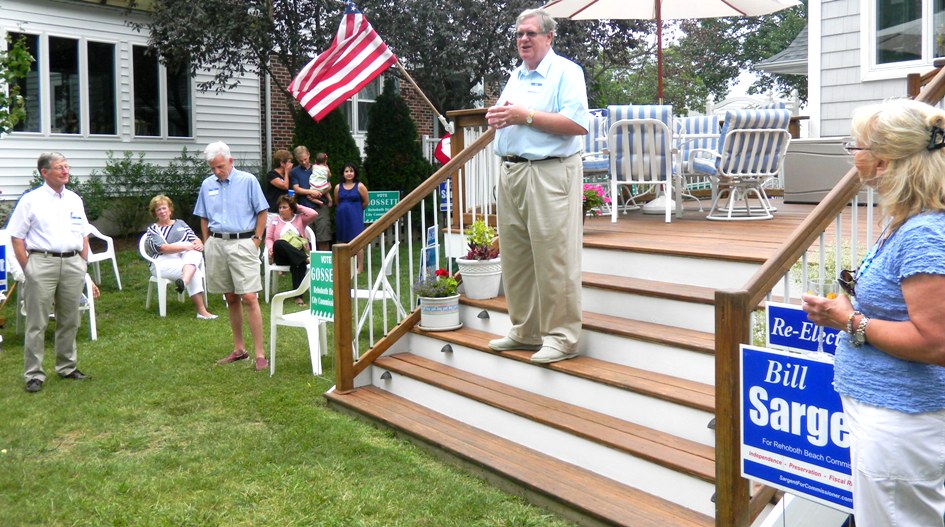 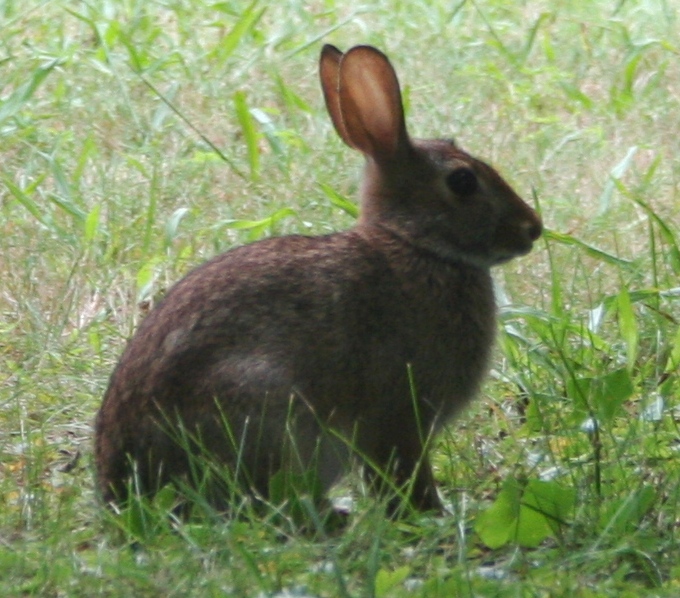 RBP STANDS DAMAGED OR VANDALIZED--- At least three Rehoboth Beach lifeguard stands were vandalized and/or reported damaged this past week, rendering them unusable. On Monday, the stand off Columbia Avenue and the one on Prospect Street were both damaged. The stand on Brooklyn Avenue was reported damaged on Wednesday. The city crew replaced all three. Ocean City has had a similar problem again this summer.

OCBP REVIVES MAN IN CARDIAC ARREST--- A 67-year-old man had been participating in a surfing contest in Ocean City when he collapsed on the bandstand at Surf Avenue just before 2 p.m. Sunday. OCBP Capt. Butch Arbin says CPR was performed after the man lost a pulse. The guards applied a defibrillator which recommended a shock. After it shocked the man, Capt. Arbin said the victim regained a strong pulse and was breathing on his own when loaded on an ambulance. This was the second time in 10 days that the OCBP has revived a cardiac arrest victim.

WOMAN REPORTED TO BE ON LIFE SUPPORT AFTER NEAR-DROWNING--- Ocean City lifeguards had been off duty for about 30 minutes when three women were reported in distress around 6 p.m. Friday at 90th Street. Ironically, OCBP Capt. Butch Arbin says Lt. Ward Kovacs, one of the OCBP officials, had stopped to warn the women about the dangers of swimming after hours. He returned when police received the 9-1-1 call around 6 p.m. reporting the women in distress. He rescued one of the victims who had been pulled out in a rip. The other two women had been rescued by bystanders. One source reports that one of the victims was reported to have been in cardiac arrest and had been on life support this weekend. The other two women were released from the hospital. This Daily Times article suggests the victims were Asian women from Montgomery County, Md.

OTHER WEEKEND WATER INCIDENTS: Officials kept busy this weekend responding to water rescues, especially with the strong surf. These included:

Friday, 12:20 a.m., 140th Street on the beach in Ocean City, a woman with mental problems walked into the surf carrying a bag. Police called for assistance, but she was safely removed from the water less than five minutes later.

Friday, 11:30 p.m., Surfside Drive in Gulls Nest north of Bethany, a friend of the person calling for help was reported missing in the ocean for about 20 minutes. But the missing person was safely located about five minutes later.

Saturday, 1:20 p.m., South end of Gordon's Pond parking lot in the Cape Henlopen State Park, persons were reported in distress in the ocean. But all four were safely out of the water before arrival of fire/EMS personnel.

Saturday, 2:45 p.m., a Chevrolet Cavalier drove into the Indian River Bay at the end of Oak Orchard Road at River Road in Millsboro. The occupant safely escaped, but the car became partially submerged. See the photos and story on the Indian River VFC Website.

Saturday, 8 p.m., 5th Street in Ocean City, two male teenagers were reported in distress. But they were assisted by off-duty OCBP lifeguards and were safely on shore when fire/EMS personnel arrived.

Sunday, 4:40 p.m., Indian River Inlet, a vessel reportedly capsized at the inlet tossing its occupants in the water. They were assisted by DNREC lifeguards and the Coast Guard. A 13-year-old boy was taken to Beebe Hospital with a cut to his foot from the boat's propeller.

Bodyboards cleared for use by town officials (Ocean City)

August may power up rip currents