Having trouble viewing this report or its photos? Click here: http://henney.com/weekend10/ or e-mail alanhenney@aim.com

Police are investigating a report that a woman had been lured into an outdoor shower and sexually assaulted early Saturday in the 100 block of West Street in Dewey Beach. She had reportedly been attending a gathering with friends in Dewey Beach Friday evening. 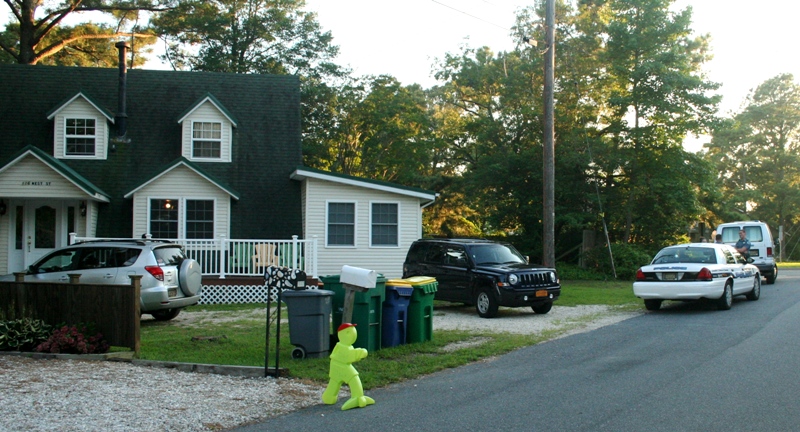 Around 2 a.m. Saturday, police had a complaint that an intoxicated woman had been found at the wrong beach house on West Street. The police drove her to a residence on Chicago Street where she said she was staying. But oddly, police did not know she had been the victim of a sexual assault until a friend of hers called several hours later to report the incident.

Police established a crime scene at a house on West Street early Saturday evening and called for a state police evidence tech to assist in the investigation. Sgt. Clifford Dempsey, police spokesman, said police are studying surveillance video and are working on suspect information. He added that this assault appears to have been an isolated incident and police have not had any other similar incidents this summer.

A 29-year-old Oakland, California man was captured in the act by Dewey Beach police Sunday evening as he tagged various spots in town including several utility poles and this ATM machine. 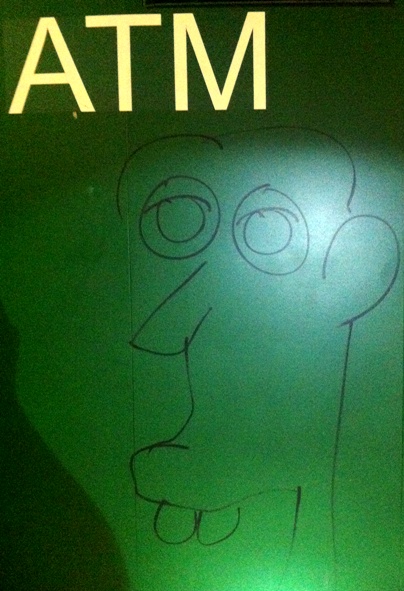 Police say the suspect also tagged other locations such as the signboard at Mama Maria's, the sidewalk and various transformer/electrical boxes including this one on Dagsworthy Avenue near Beach House Dewey. 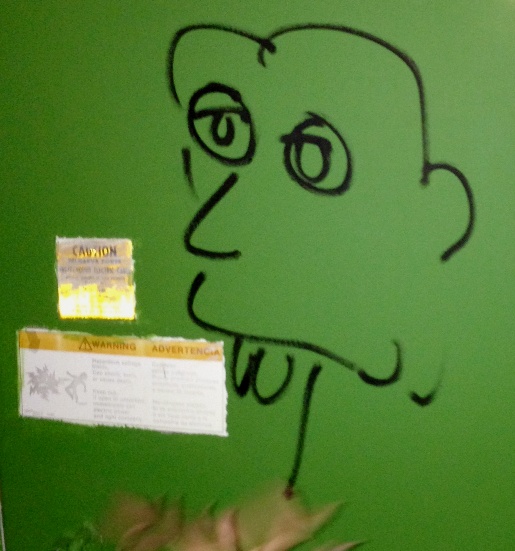 Sgt. Clifford Dempsey, police spokesman, said it is still early in the investigation, but it appears the man is responsible for spray-painting this series of cartoon characters in town. An officer on patrol caught him Sunday evening. He has been identified as Orion Winter Cameron. If your property has been tagged with similar doodlings, police would like to hear from you.

An 18-year-old male suffered a serious spinal injury while in the surf in the Deauville area of Rehoboth Beach around 1:25 p.m. Tuesday. Lifeguards took the teen to the Deauville parking lot where they transferred him to an ambulance to take him to Beebe Hospital. 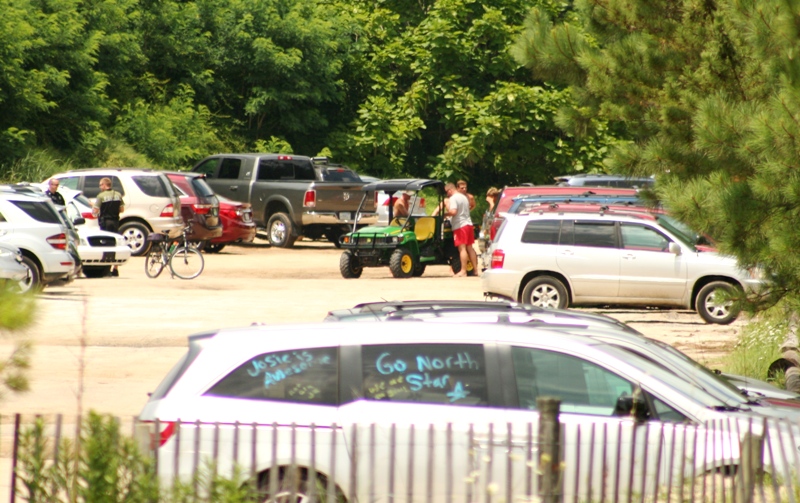 From Beebe Hospital, he was flown to Christiana Hospital. No further medical details have been released regarding his condition.

The teen was suffering serious neurological deficits and was unable to feel anything below his waist.

This was Rehoboth Beach's first serious surf injury of the season. Joe Hopple, Sussex County EMS spokesman, said the surf injuries have been down so far this season which he attributes to the lack of storms in the tropics.

In Ocean City, Beach Patrol Capt. Butch Arbin says they had a cardiac arrest on 18th Street around 10:30 a.m. Sunday. He said it was the result of a neck-back injury. The 50-year-old male patient regained a pulse and was taken to Peninsula Regional Medical Center.

The bad news is that Rehoboth Beach has had mechanical problems with three trash collection vehicles in a 15-day period in July. This was the third truck to breakdown. It failed around 6 p.m. Wednesday on Scarborough Avenue at Laurel Street. 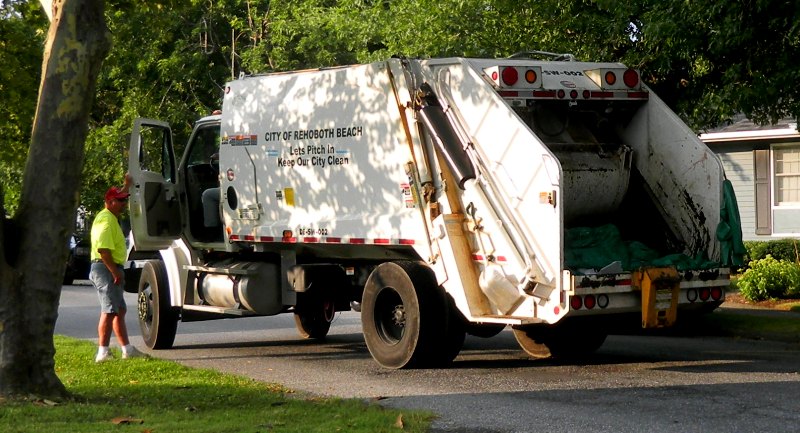 The city has five large trash trucks and one smaller truck typically used for the boardwalk. To keep the working trucks in town and in service, the city has been transferring trash at the city maintenance yard into a pit. Trash from the pit is loaded into construction dumpsters by a front-end loader. In the past, trucks would normally go all the way to the Delaware Solid Waste Authority facility on Hardscrapple Road southwest of Georgetown.

Despite the problems, Greg Ferrese, city manager, says "We did get the trash picked up."

The good news is that a new trash truck has arrived and is expected to be placed in service this coming week.

The demolished stand, valued at more than $800, was removed by town maintenance. 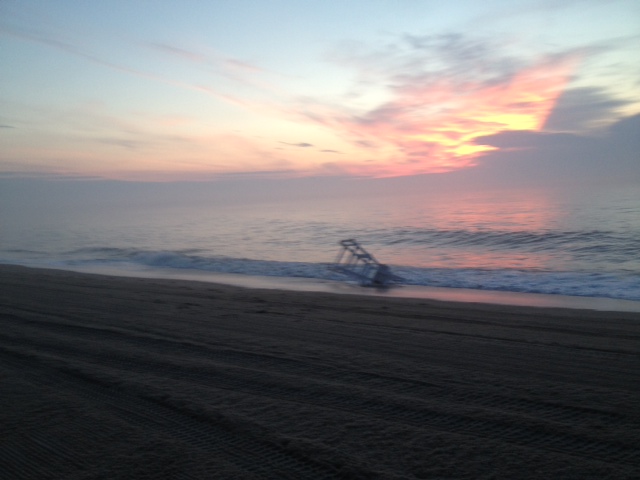 It goes by the name "Storm Water" because the pipe that drains Silver Lake is nearby.

This map displays the locations of the DBP stands. 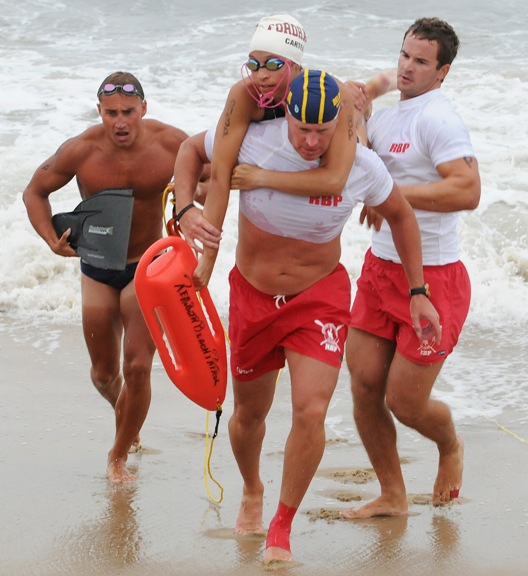 MAN PULLED FROM TRAILER FIRE IN CARDIAC ARREST, DIES--- Firefighters were summoned to the West Bay Park mobile home community just before 9 a.m. Saturday. That is where they discovered smoke coming from the residence of a 91-year-old man on North Drive. Firefighters removed him around 9:15 a.m. and took him to Beebe Hospital. He was in cardiac arrest. Two dogs were found dead inside the residence. The RBVFC has posted photos on its website. West Bay Park is on the west side of the Rehoboth Bay about 10 miles from downtown Rehoboth Beach.

85 CATS STOLEN FROM SAFE HAVEN??? State police received a complaint late Sunday afternoon that 85 cats had been taken from Safe Haven. Cpl. John Day, state police spokesman, says the "trooper who responded to the theft complaint determined that the theft report was unfounded. We are not conducting an investigation." For details on the recent Safe Haven controversy, see this Cape Gazette article.

EAGLE SCOUT LIFE-RING PROJECT CREDITED WITH SAVING MAN FROM DROWNING--- A 25-year-old male swimmer was sucked out into the ocean past the southern rock jetty and then into the center of the Indian River Inlet around 6:45 p.m. Wednesday. He was thrown a life ring that was mounted for such emergencies which probably saved his life. Assistant Chief Brian Martin, of the Bethany Beach Fire Company, said the life rings were installed last Thanksgiving by his son's Eagle Scout group. When bystanders heard the man screaming for help, they threw him the ring. He suffered only cuts to his hand and knee from the rocks. He was in the early stage of hypothermia but declined an ambulance to the hospital. Chief Martin said this was the same area where the Amish man drowned earlier this summer. Additional details are on the WBOC website.

CHILD INJURED IN GO-CART CRASH, FLOWN TO TRAUMA CENTER--- A 10-year-old boy was injured when he crashed a go-cart head-first into a guardrail at Baja Amusements on Ocean Gateway in West Ocean City around 10:25 p.m. Friday. He was conscious but with decreased grip and pain in his lower body. He was taken to the White Marlin Mall where he was flown to a trauma center.

ATV CRASH ON ROUTE 16 NEAR U.S. ROUTE 113--- Delaware State Police closed part of Route 16 west of Ellendale Sunday just before 9 p.m. after an accident between an ATV and a truck. The driver of the ATV was reported in critical condition and now possibly fatally injured.

DEWEY GUARDS SAY ELECTRONIC CIGS OK ON BEACH--- In discussions this past week on the beach patrol radio, the guards have been trying to determine the legality of electronic cigarettes on the beach. After some back and forth, Jim May reported to the guards Thursday morning that "the ruling from the town hall is that they [beach goers] are allowed to use them."

It's "ruff" in Rehoboth: Picking a vacation destination that's fun for dogs

"Battle of the Brews" winners named at Delaware State Fair

News release #1 related to above video

News release #2 related to above video