Having trouble viewing this report or its photos? Click here: http://henney.com/weekend12/ or e-mail alanhenney@aim.com

A man who has entertained motorists while dancing along Coastal Highway for the past year has been arrested by Rehoboth Beach police.

Police Chief Keith Banks says Seth Bratten, who has become known as "Seth the Highway Dancer," was arrested in a house under renovation in the ocean block of Olive Avenue early Sunday.

Sgt. Victor Letonoff, Chief Banks says, "had previous information that Bratten had been homeless and staying in town." When police spotted Bratten around 2:45 a.m. Sunday, officers on Sgt. Letonoff's shift "followed Bratten and observed him enter the residence unoccupied and under construction. Bratten admitted staying at that location a few times previously." Police arrested him around 3:10 a.m. He was on the second floor of the house.

The house has NO TRESPASSING signs posted on it, and the adjacent house which is also undergoing renovations. 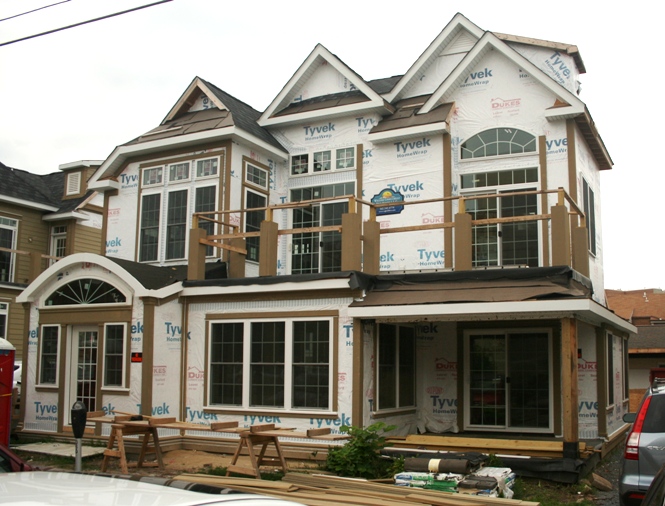 Chief Banks says the 21-year-old dancer has been charged with city ordinance 198-6b, night-time prowling, a criminal offense. He is scheduled for arraignment at Alderman Court on August 21.

The National Oceanic and Atmospheric Administration (NOAA) research ship, the Thomas Jefferson, is scheduled to depart Norfolk on Monday morning (today) and is expected to arrive in Delaware to continue its research late Monday night or the early hours of Tuesday morning.

Lawrence T. Krepp, the ship's commanding officer, says the ship's mission is hydrographic survey. "We collect the base layer data that is used to compile and create the NOAA nautical charts that are used by commercial and recreational ships/boaters to navigate the coastal waters of the United States," he said. "We have been assigned a project to map the lower Delaware Bay and the approaches (sea lanes) to the bay. We will be working the project through the fall." 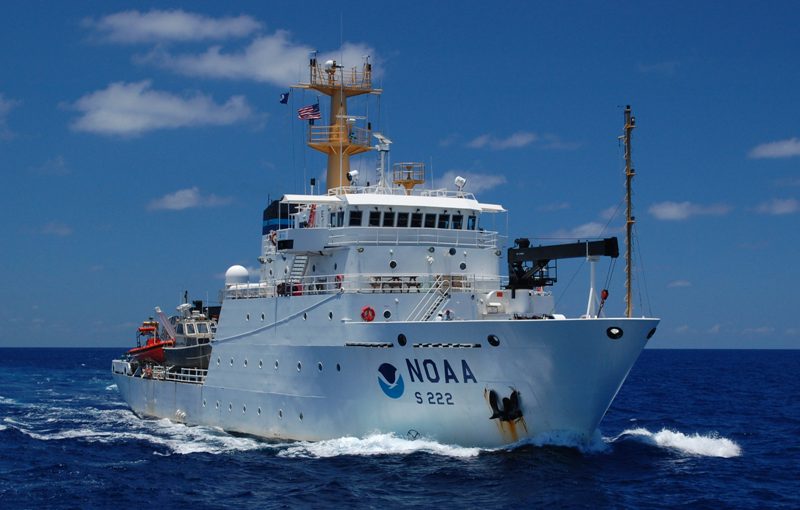 The vessel's work area is divided into numerous "sheets." Cmdr. Krepp said crew members deploy two 31-foot aluminum survey launches which work right at the mouth of the bay and up toward Cape May. The crew will most likely continue its research which will also include the offshore approaches into the Delaware Bay.

The ship first began its work here in June but returned to its home port of Norfolk, Virginia for scheduled maintenance.

Cmdr. Krepp adds that the ship uses side-scan and multi-beam sonar to identify any wreck, rock, obstruction or shoaling that would hinder or pose any danger to the commercial ship traffic coming into or leaving the Delaware Bay. The crew also continuously records water depth. This data is used to compile nautical charts.

See the NOAA website for more details on the Thomas Jefferson.

Witnesses heard a loud crash when a DART transit bus (#321) was rear-ended by an intoxicated man driving a 2012 Honda Accord on Rehoboth Avenue Extended. It happened around 2:15 a.m. Sunday in the area of the Double L Bar and Pirates Cove.

Three patients were taken to Beebe Hospital including the man driving the Honda who reportedly "had a few beers." He was complaining of neck pain and scratches.

Sudler Dill, 85, of Lewes, Delaware had been driving the 2010 Gillig (DART) bus. He was also westbound on Rehoboth Avenue. The bus was stopped at the bus stop listed as "Rehoboth Avenue at Church Street" in the schedule. This is an approved bus stop and posted as such.

Hunter apparently failed to see that the bus was stopped and crashed into the rear of it. Hunter, who was properly restrained, was taken to Beebe Hospital where he was treated and released for non-life-threatening injuries.

Cpl. Fournier says Hunter was then taken to Troop 7 where he was charged with Driving Under the Influence and released.

Dill, the bus driver, was not injured in the collision. Two 26-year-old female passengers from Rehoboth were also taken to Beebe Hospital and were treated and released with non-life-threatening injuries.

One source describes Dill as one of DART's most experienced drivers having been a summer driver for DART since the service started 23 years ago!

The bus was struck in the left rear and sustained significant damage, although it was still drivable. Antifreeze spilled on the roadway and a flatbed truck was eventually called to remove the bus.

GRAFFITI OR IS SOMEBODY TRYING TO MAKE A STATEMENT?

Rehoboth Beach police took a report of this graffiti found on the sidewalk in the second block of Wilmington Avenue. It was reported around 4 p.m. on Friday. 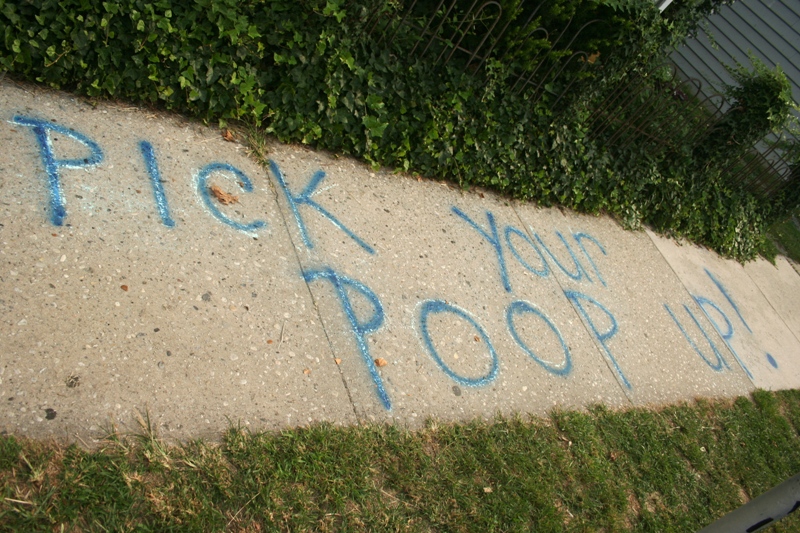 An occupant on the porch of the house said he did not think they were targeted, although they have a dog.

He's not simply your ordinary photographer shooting beautiful sunsets or family portraits. Terry Isner is a master of staging elements, either in a studio or out in the field, to be used to send a message, convey a theme and tell a story.

He explains the process. He uses a simple 5 mega-pixel camera, stages the elements, and takes his photos. He admits that he does use Photoshop, but only lightly, for such purposes as posterization and creating the black edge.

Here he shows how to use an iconic toy to tell a story. 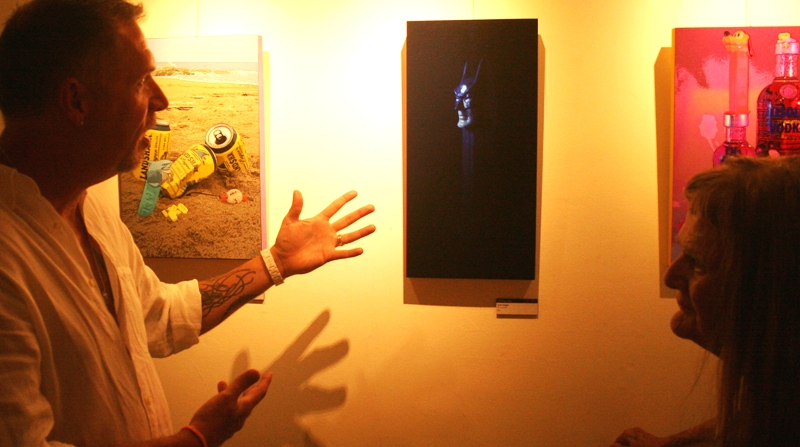 He shot this scene on the beach in North Shores. After he is satisfied with the photo, he prints it on Kodak paper and has it mounted and paints the edges to give it a unique look and feel. 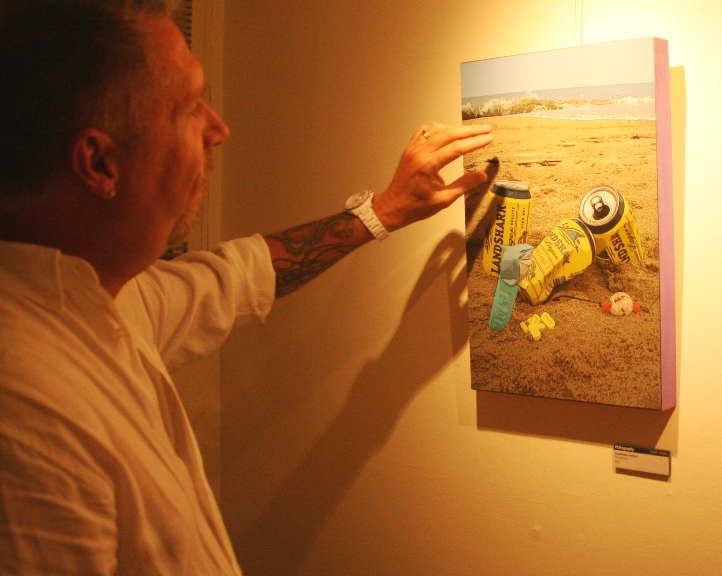 He indeed is not just a photographer, he's a storyteller. His work is on display at CAMP Rehoboth through August 10 and his prices are most reasonable.

Weekend of August 4th for the following: 3rd block of Columbia Avenue, taken was a 2007 gray COBS Delaware tag MP1409 with steel rack on back for beach chairs and wire basket on front. Keys were left in ignition. Taken from the 3rd block of Henlopen Avenue was a 2014 silver Vespa with Delaware tag MC20458. It has a small dent on left side front, cracked parking light, black basket on rear, and RB scooter permit #41.

SERIOUS SURF INJURY AT SEA COLONY W/MEDEVAC--- A man in his late 40's was seriously injured in the surf near the Edgewater House in Sea Colony around 11:15 a.m. Friday. Allen Barnes, Sussex EMS spokesman, said the man was flown to Christiana Hospital. This was one of the few serious surf injuries Sussex County has had this summer. This Gannett newspaper article discusses the decline of surf rescues this season.

KAYAKER WATER RESCUE--- A kayaker was reportedly being pulled out by the tide around 6:40 p.m. Friday in the Rehoboth Bay off Bayview Drive at Bay City. Rescuers from several agencies were involved and safely recovered the woman around 7:05 p.m. She was reportedly wearing a life vest.

OCEAN CITY LIFEGUARDS REVIVE HEART ATTACK VICTIM--- A man suffering a suspected heart attack on the beach at 28th Street collapsed in cardiac arrest around 2:30 p.m. Friday. Ocean City Beach Patrol personnel shocked the man with an automated external defibrillator (AED). The man later regained a pulse and was taken to the hospital.

ANOTHER COUNTERFEIT $10 BILL IN REHOBOTH--- Thrasher's French Fries reported another bogus $10 bill to Rehoboth Beach police just before 5 p.m. on Friday. Funland had received two of them about three weeks ago.

TAGGED HORSESHOE CRAB FOUND IN O.C.--- A Ocean City Beach Patrol guard reported finding a horseshoe crab with a tracking tag on 139th Street just before 4 p.m. Monday. Beach Patrol Capt. Butch Arbin provided this document from the U.S. Fish & Wildlife Service. The crab had been released about a year earlier at the Oceanic Motel on the Assawoman Bay.

MASSIVE SEARCH FOR MISSING GIRL IN REHOBOTH--- Numerous agencies participated in a search for a missing 6-year-old girl who disappeared from Olive Avenue on the beach around 12:50 p.m. Sunday in Rehoboth Beach. Just as the state police helicopter joined the search, the girl was located at 2:05 p.m. off Prospect Street. She was fine.

REHOBOTH AVENUE PARKING DISPUTES--- Rehoboth Beach police responded to at least three parking disputes the past few days, all on Rehoboth Avenue. That included a man who claimed he was being harassed near the boardwalk around 12:25 p.m. Thursday. One of the men agreed to move his vehicle to avoid any further issues. Around 1 p.m. Saturday, a man with a skateboard was supposedly trying to hold a parking spot in the second block of Rehoboth Avenue. He was gone when police arrived. At 5:15 p.m. another disagreement took place at Grotto's where a person was attempting to save a parking space. Police helped settled that one. It is against city law to save public parking spaces.

Sickness, death on rise among dolphins

This report is being e-mailed to 1,668 recipients. Thanks for your support!