Ten people were injured and Coastal Highway was shutdown briefly after a five-vehicle chain-reaction crash this past Wednesday. The accident happened around 10:30 a.m. on the southbound side just south of Postal Lane, less than two miles from Lewes.

Sgt. Richard Bratz, state police spokesman, says a Ford F150XLT, GMC Acadia and a Chrysler 200 were stopped in the southbound lane of Coastal Highway. A DelDOT street sweeper was heading south when it rear-ended the Chrysler pushing it into the GMC which in return pushed the GMC into the rear of the Ford. After the Chrysler struck the rear of the GMC, it rotated counter clockwise, traveled across Coastal Highway and struck the side of a Chevy Impala which was headed south in the left lane.

The DelDOT driver was charged with inattentive driving, he added.

It is not unusual for people to fight over prime parking spots in downtown Rehoboth Beach, but perhaps what is unusual is for one or even both parties to still be on location when police arrive a couple minutes later.

That happened this past Tuesday. Around 12:45 p.m. police were called to the second block of Rehoboth Avenue after a motorist allegedly tried to run over a pedestrian attempting to hold a parking spot. Both parties remained at the scene and argued while police arrived.

Sgt. Victor Letonoff along with two other officers separated and interviewed both parties.

There was "Nothing unusual," about this incident says Lt. Jaime Riddle, police spokesman. This was a "disagreement over a person holding a parking space. The individual holding the space was cited for same," he added.

Police have had challenges again this summer keeping traffic moving on Rehoboth Avenue while people wait, or in some cases, fight for parking. Here is one woman from earlier this month attempting to hold a spot, fending off motorists, while the ocean block was packed with traffic. She was not confronted by police.

Police responded to the ocean block around 4:35 p.m. this past Saturday for another similar complaint of pedestrians attempting to hold parking spots. But they were gone when police arrived.

This is one of those stolen auto cases that leaves people wondering what really happened.

Around 9:15 a.m. last Monday, Rehoboth Beach police were called to a home in the second block of Olive Avenue after a green Toyota Camry was found abandoned and pushed up along side of a house. 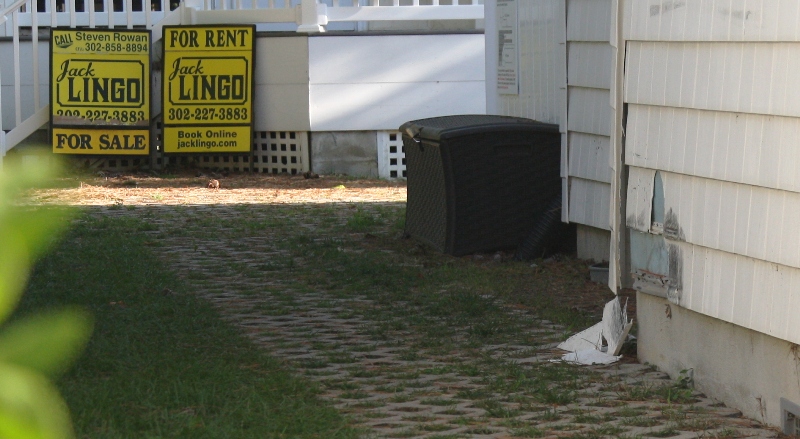 While Rehoboth Beach police were investigating, the state police received a complaint of a stolen auto matching the car's description. The caller said the Camry had been stolen from a residence in the Sea Air mobile home park.

MCpl. Gary E. Fournier, state police spokesman, said that troopers are investigating it as a theft of a motor vehicle.

It came as somewhat of a surprise in Dewey Beach this past week when three political newcomers filed to run by the Thursday deadline for town commissioner. 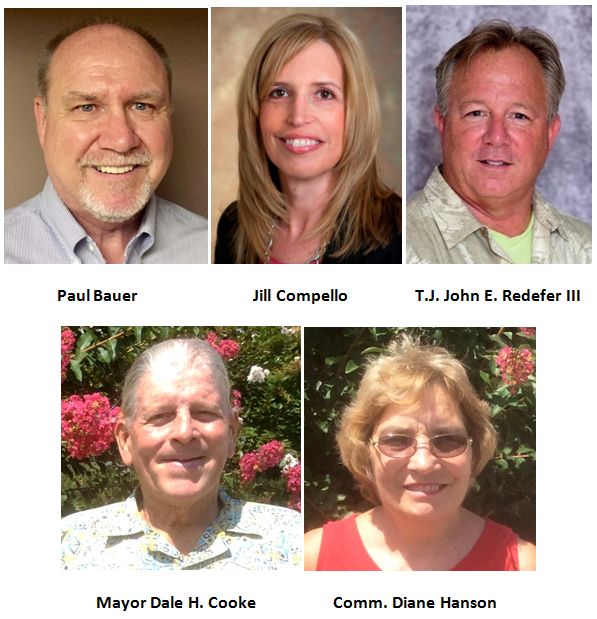 Comm. Mike Dunmyer did not file to run for another term.

The Dewey Beach Civic League will hold its annual Dewey Beach Candidates' Forum at the Lion's Club on McKinley Avenue-Bayside on Saturday, August 26. The forum will begin at 4 p.m. and continue until 6 p.m. Doors will open at 3:30 p.m. Light refreshments and open conversation will continue after the forum.

See Chris Flood's article for details on the candidates.

Photos courtesy of the candidates

A stingray thrashing around in the surf drew a crowd of several hundred spectators this past Saturday while lifeguards kept visitors out of the water in the vicinity.

One witness said the ray had a wingspan of about a meter and appeared to be trying to beach itself. 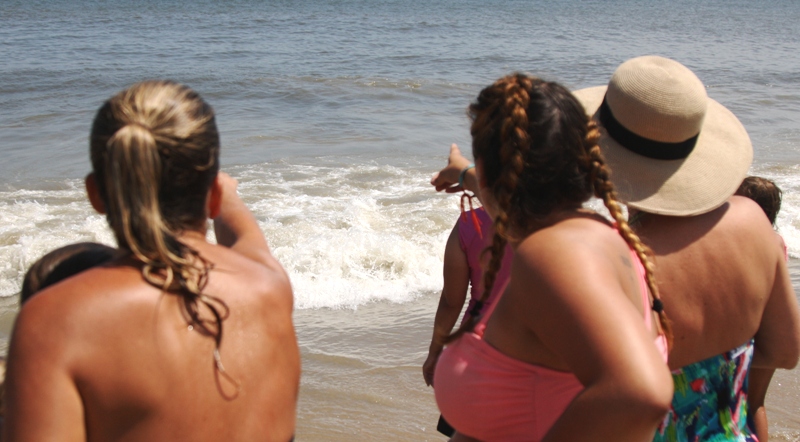 It was first reported off Laurel Street around 12:30 p.m. but continued to drift northward in the surf until around 1 p.m. when it disappeared.

The crew of the vessel Hard Decision radioed for help after an electrical fire broke out aboard the vessel this past Friday. The 35-foot vessel was about 13 miles southeast of Ocean City with seven occupants when the fire started. 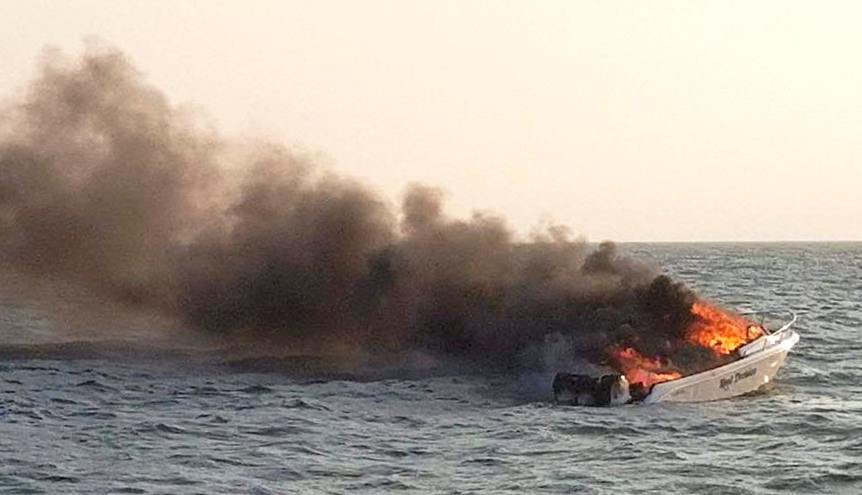 Multiple "Good Samaritans" arrived on scene to discover the Hard Decision completely engulfed and its crew of seven in the water. The operator of the vessel Unplugged recovered the crew. All seven occupants were transferred to the Coast Guard rescue vessel and safely brought ashore.

GOOD MUSHROOM CROP SO FAR THIS SEASON IN REHOBOTH! 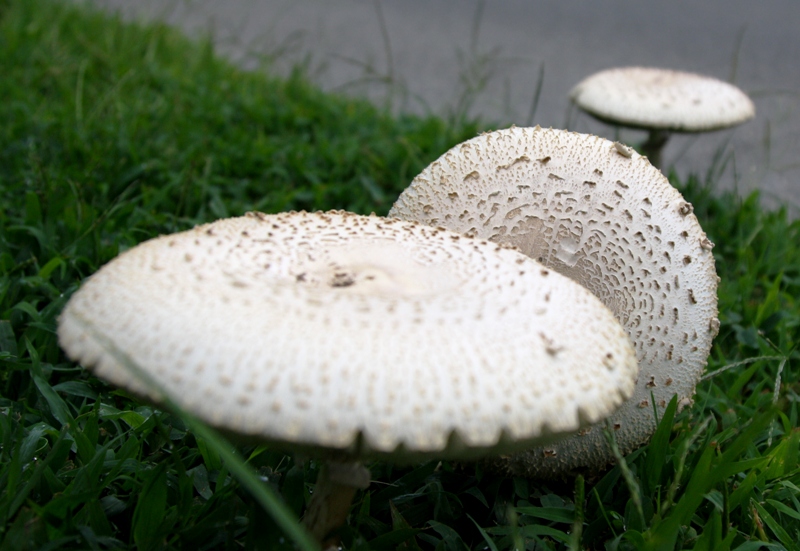 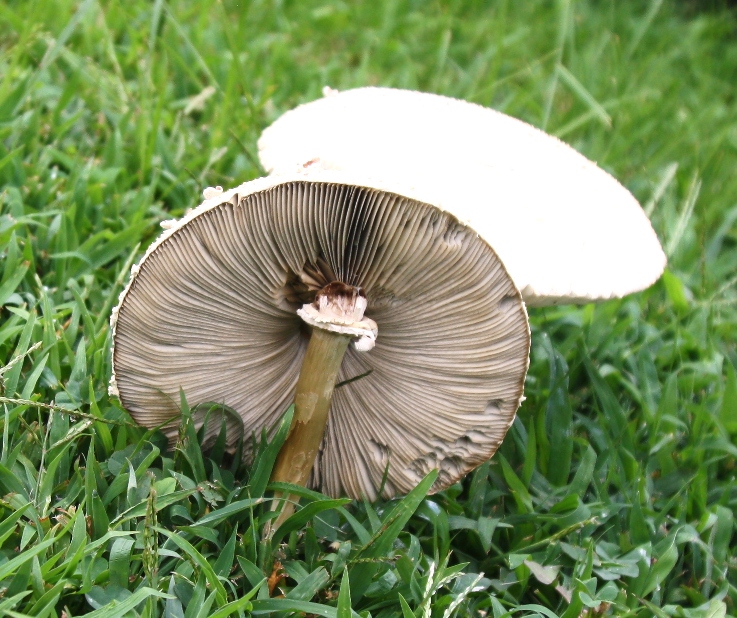 This month the Amandeline Gallery in downtown Rehoboth Beach is presenting a tribute to pop art featuring artworks like... Andy Warhol by M.P. Gerald, Ode to Andy by Joyce Blakeslee, Melted Red (below) and Melted Pink by Maddi Ponko, Daisy print by Andy Warhol and more. 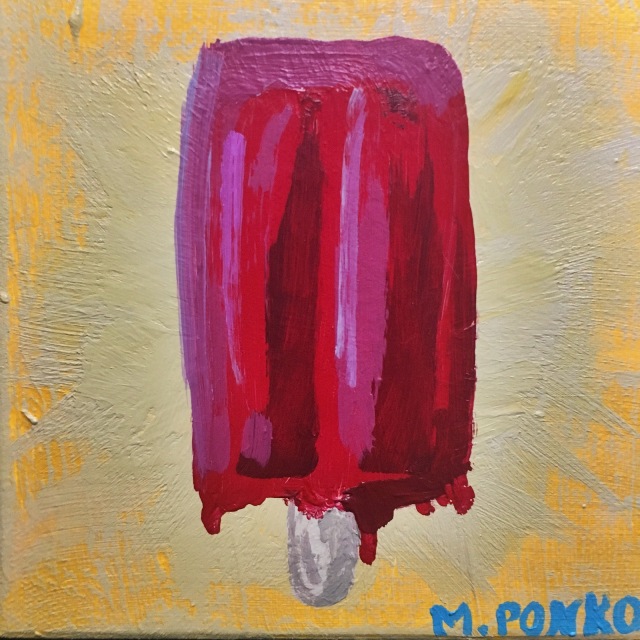 The main goal of her work, says artist Maddi Ponko, is for people to embrace uniqueness and color. "My subject matter consists of mainly figurative women and intriguing foods," she points out. "It is all a message to encourage others to stray from the norm."

Ponko is one of several talented artists of this particular genre in the current exhibition. "What I want people to know is that we have a wonderful array of original Pop Art from both nationally recognized artists as well as local artists and that we continue to add new pieces as the artists continue to produce them," says Jeanne Ponko, Amandeline Gallery's director and owner.

This exhibition runs through September at the gallery which is in the old church at 20 Baltimore Avenue.

FRUSTRATED MOM CALLS POLICE FOR HELP WITH 10-YEAR-OLD SON--- A mother called Rehoboth Beach police early last Monday evening after her 10-year-old boy became disruptive, rebellious and refused to cooperate with her. He supposedly suffers from a defiant disorder. An officer met them at their car parked in the M&T Bank parking lot to try and calm him down.

MAN STEALS MONEY FROM WALLET LEFT ON BACKYARD TABLE, FLEES--- Rehoboth Beach police are investigating the theft of cash from a wallet left on a table in a backyard near King Charles Avenue and Norfolk Street reported around 3:25 p.m. last Friday. The suspect -- a white man with dark hair, full beard, wearing a gray shirt, dark shorts, flip-flops and tattoos on his arms and legs -- hopped over a fence and fled west on Norfolk Street.

BICYCLIST ASSAULTED BY MEN IN PICKUP TRUCK--- A pickup truck with four men inside reportedly stopped and confronted a bicyclist in the third block of Henlopen Avenue early Saturday afternoon and that is when one of the men attacked the bicyclist. The bicyclist declined an ambulance despite his facial injuries. The suspects were described as four black men in a black work-style pickup truck with Florida tags. The assault was reported around 2:20 p.m. and police were speculating that the men could have come from a nearby construction site.

BODY DISCOVERED IN WOODED AREA IN LEWES--- The body of an adult male was discovered in the wooded area on the outskirts of Lewes around 9:30 a.m. Sunday near New Road and Samantha Drive. The Delaware Division of Forensic Science is investigating. Lewes police Chief Thomas Spell says he expects to release a statement today concerning this investigation. But this is all he would confirm as of Sunday evening.

This report is being e-mailed to 1,993 recipients. Thanks for your support!